KENNY CHESNEY ROLLS OUT HIS "BIG REVIVAL TOUR" - GET READY FOR A LONG, HOT SUMMER

Mostly Arenas For 2015 That Kicks Off March 26 in Nashville 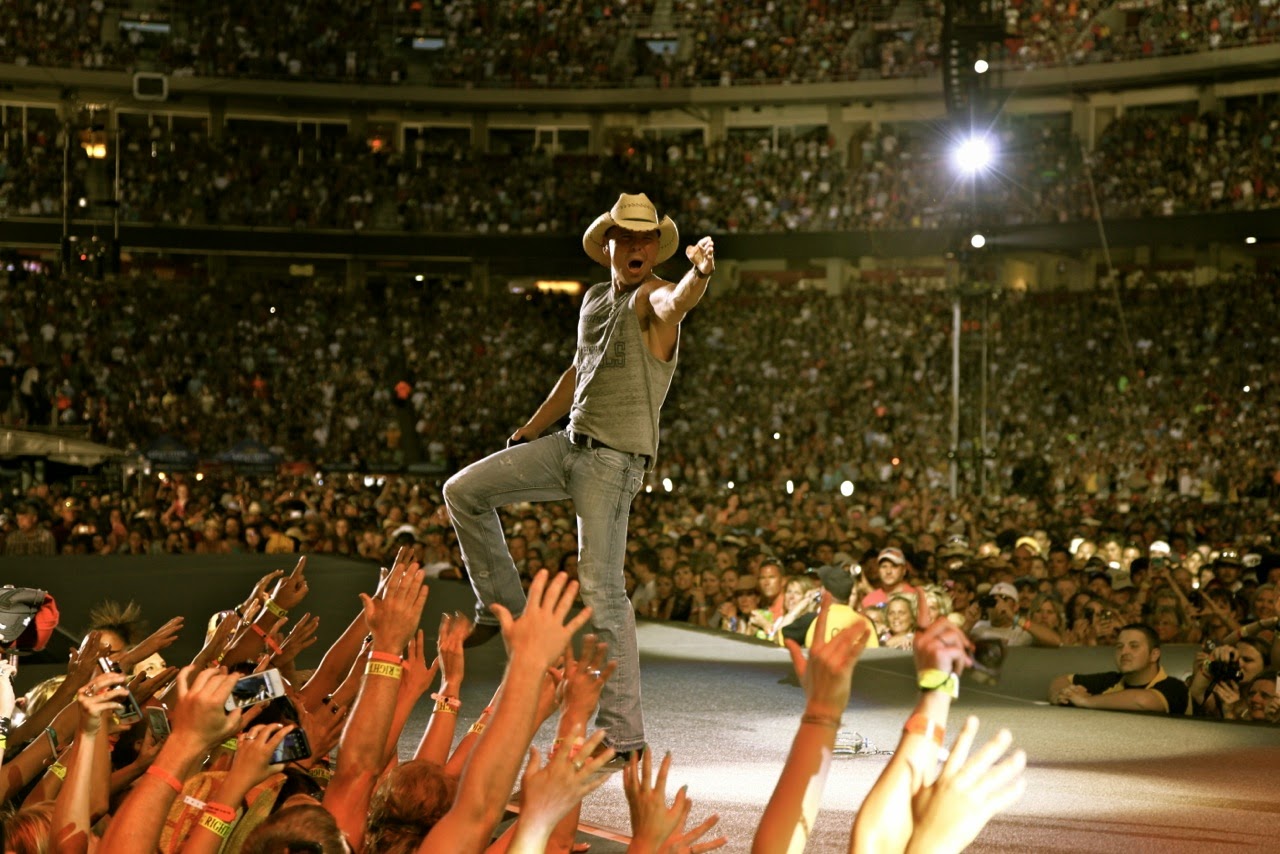 NASHVILLE, Tenn. (Jan. 14, 2015) With nearly two-dozen NFL-sized stadiums plays slated for this summer, Kenny Chesney took a good look at his remaining dates and thought about the show he was planning for this tour. Knowing each venue has individual needs – and scaling down from stadium- size, especially the amphitheaters, can remove some of the impact, he chose carefully.

“For all the time we had to create for The Big Revival Tour,” Chesney says, “I wanted to make sure the fans got to experience it. I love amphitheaters and all the fun... But I want to give the fans the same impact with the show, because The Big Revival Tour’s set up to be pretty special.”

Chesney’s non-stadium The Big Revival Tour shows will be played mostly in enclosed arenas. Not all the dates have been announced – in part due to seeking the best venues to streamline the production and not lose impact – but an almost complete tour schedule is attached. After a year off the road, Chesney is ready to get back to the fans, starting March 26 at the Bridgestone Arena.

“I can’t begin to describe the difference spending the time and being able to really focus on creating an album in terms of the songs, the production, the intensity,” Chesney says. “It feels like the same way we put this year’s tour together! We had more time to consider what we wanted, so we were able to get more creative and could dream a little more wide open...

“A year away from the fans, whether people realize it or not, is hard on me. I live to play – as much as I live to write songs and make music. So I’m ready to get out there and play this new music for people. I want give them a taste of how good The Big Revival is -- and hear them singing ‘Til It’s Gone,’ ‘American Kids’ or even ‘The Big Revival’ back to me!”

Having sold in excess of a million tickets each of his headlining tours, Chesney is the only Country Artist in Billboard’s Top 10 Tour Acts of the Last 25 years – and that’s with only 12 years as a headliner. After his first stadium concert – 2003’s Neyland Stadium show, selling over 60,000 tickets in Knoxville – Chesney has played 111 football stadium shows in total.

“It’s a different kind of show, a different kind of energy – and what the fans bring in that environment hits every one of us onstage so hard,” Chesney says of the rush. “Every show is incredible, but there’s something about those really big ones. I think we were able to channel some of that excitement into the songs on this record – and I want to see if we can bring that intensity to the arenas and the few amphitheaters we’re playing this summer.”

The Big Revival, his 13th #1 Billboard Country Album debut, already yielded his 25th #1 with the multiple week chart-topper “American Kids,” also nominated for Best Country Song at the Grammys. “’Til It’s Gone,” the follow-up, is poised just outside #1 this week with a bullet.

Even the critics concur. Rolling Stone offered The Big Revival “continuously brings a sense of musical energy and emotional urgency.” while USA Today called it, “a coming-of-age tale full of life-changing memories” and The Associated Press wrote, “avoids the clichés flowing through contemporary country songs by injecting some real-life gravitas.”

“This new music takes the show to a whole other level,” Chesney says. “I’m so ready to get out there with the fans... and I think it’s gonna be a summer you won’t forget.”

May 9 Lucas Oil Stadium Indianapolis, IN