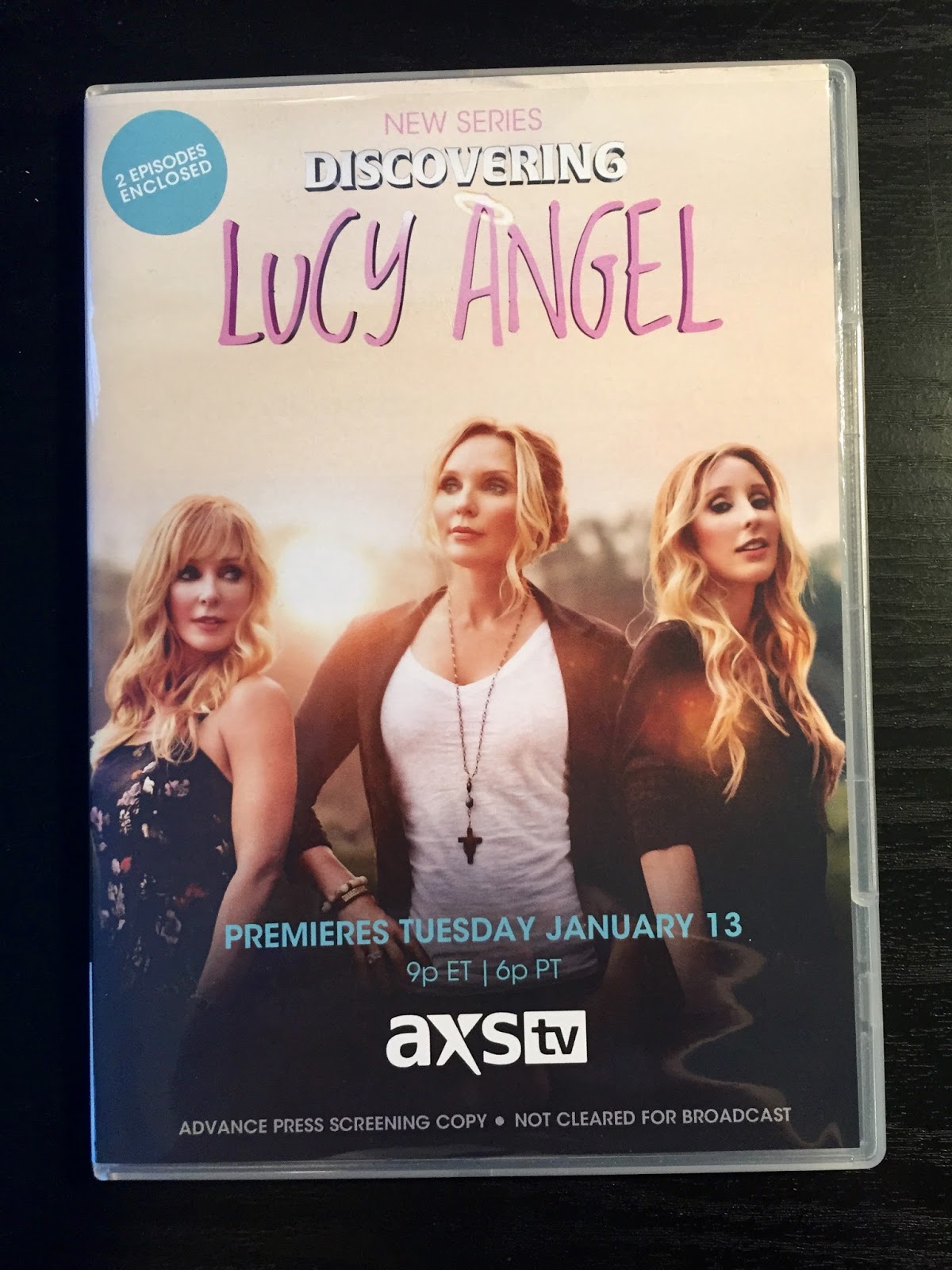 If you've never heard of the all female trio, Lucy Angel, you're gonna want to tune in to "Discovering Lucy Angel", a new docu-series beginning on AXS TV Tuesday, January 13, 2015 and see what all the Nashville buzz is about. If you have heard of them, congratulations, you're ahead of the game and know good music.  Lucy Angel isn't a new group by a long shot, quite the contrary actually. We first heard about the group a couple of years back from mega hit songwriter, Anthony Smith, who, as fate would have it, is in a relationship with Lindsay Anderton and father to their child, McCartney. With recommendation coming from someone like Anthony, you don't question, you pay attention.

The group is made up of sisters Lindsay, Emily and their mother, Kate Anderton. They've been pounding the streets of Nashville since 2003, playing every venue they could possibly get in to just to get their music heard. Lucy Angel hasn't limited their exposure to Music City, they've also toured internationally to country music fans in Japan, Switzerland, and China and they are honored to be the very first Western Hemisphere act to perform at the Great Hall of the People in Tiananmen Square, Beijing in front of many Chinese government officials and more than 280 international dignitaries and ambassadors. Lucy Angel released 2 singles, "Only Woman Left" and "Serious" in 2011 in addition to an EP with "Serious" reaching #31 on MusicRow’s CountryBreakout chart and #42 on the Billboard Indicator chart.

These girls are out to make a name for themselves and an audience for their music and it's paying off. Now you can tune in and see what it takes to make it in the industry, the high's, the low's, the happiness and disappointment, the patience and the "not so patient" times. This show takes you inside the daily lives of the Anderton family at home, including Lucy Angel, father and band manager G-Man, brother Fletch, the dogs and you'll get to meet Anthony Smith and McCartney as well.

We had the pleasure of being asked to review the premiere episode before it airs next week and we LOVED it. Having been a longtime fan of Lucy Angel as well as Anthony Smith, this is a great way to see, as a family, what makes them tick, what holds them together and the struggles they go through to follow their dream and eventually land among the stars of country music. This isn't just another reality show, this is their reality and the reality of trying to make it in the business. We think you're gonna like it.

"Discovering Lucy Angel" premieres on AXS TV on Tuesday, January 13 at 9pm ET. The show will continue to have a regular time slot of 9pm ET on Tuesday nights.

You can purchase music from Lucy Angel on Spotify and iTunes.

On a lark I watched the premiere on AXS, finally watched it on dvr. This show is horrible. The music not so amazing either. It's like the family themselves paid to produce series to get themselves on tv,