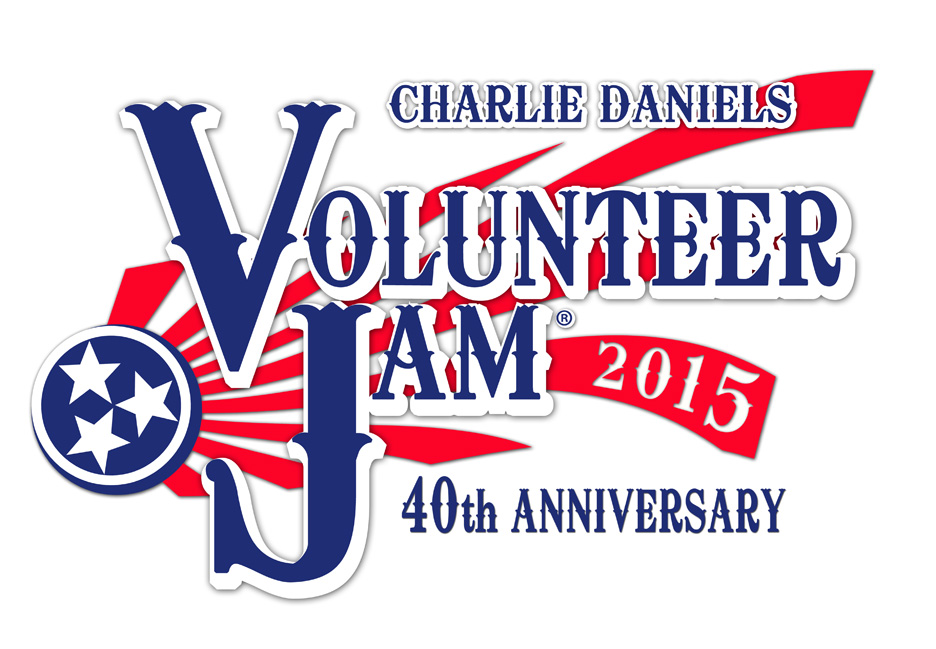 Nashville, Tenn. (January 29, 2014) – Just when you think Charlie Daniels 40th Anniversary Volunteer Jam can't get any bigger, additional megastar performers are announced. Trace Adkins, Ted Nugent, Tracy Lawrence, Craig Morgan, Colt Ford, The Oak Ridge Boys and Michael W. Smith will all be appearing alongside the previously-announced Travis Tritt, Montgomery Gentry, Billy Ray Cyrus, The Kentucky Headhunters, The Outlaws and Lee Roy Parnell. The megastars will bind together to support the needs of American veterans through The Journey Home Project. Tickets to the once-in-a-lifetime event will be available beginning Friday, January 30 at 10 a.m. CST at the Bridgestone Arena box office and all Ticketmaster locations. Due to tremendous growth over its forty years of sell-out success, the legendary Volunteer Jam will take place for the first time at the Bridgestone Arena in downtown Nashville on August 12, 2015 and will be hosted by Sean Hannity and Storme Warren.

In 1974, The Charlie Daniels Band hosted the first-ever Volunteer Jam as a way of celebrating their first hometown sellout concert, never knowing how big the event would become — from being aired as a two-hour TV special produced by Dick Clark Productions, to earning national attention through the Jerry Lewis Telethon, to being broadcast LIVE around the world on Voice of America, the event experienced exponential growth with each passing year. "I'm very excited to continue the Jam tradition," said Daniels. I hope to see more Nashville Volunteer Jams in the future. I'm very, very excited to continue the Jam tradition forty years later. Ain't it good to be alive, and be in Tennessee."

The 2015 Charlie Daniels Volunteer Jam will benefit The Journey Home Project, the non-profit organization that Daniels serves as Chairman of the Board and whose mission is to connect donors to veterans' organizations that can help meet their health care, education and career needs, as well as The Predators Foundation, which is devoted to funneling the excitement of professional sports towards the needs of the community.  For more information on The Journey Home Project, please visit: thejourneyhomeproject.org. For more information on The Predators Foundation, please visit: predators.nhl.com/club/page.htm?id=37108.

For additional information on ticketing, visit the Bridgestone Arena box office or Ticketmaster.com.

For more information on The Charlie Daniels Band, visit www.charliedaniels.com.
Posted by LovinLyrics at 2:10 PM