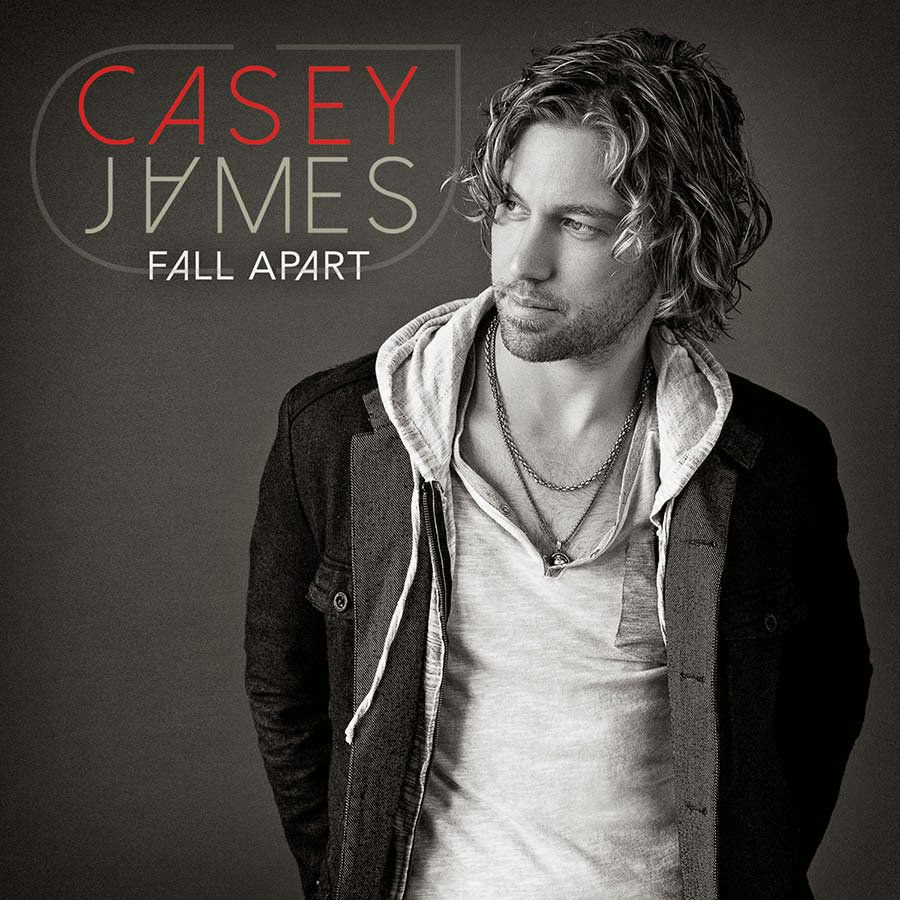 NASHVILLE, TN –February 27th, 2015-- 19 Recordings/Columbia Records’ Casey James is ready to share his new music. After a successful early debut at Sirius XM’s The Highway, Casey has partnered with CMT and iHeartMedia for the world premiere of his critically acclaimed new single’s video. Written by Will Bowen, Josh Carter and Zach Carter and scheduled to impact country radio on March 30th, “Fall Apart” has already caught the attention of fans and critics, with Country Weekly noting the single as “heartbreak done with conviction and feeling….Casey makes the most of this power ballad (to the nth degree).”

Starting today, fans can watch CMT during morning music hours or visit caseyjames.cmt.com and more than 120 iHeartMedia county station websites to see Casey’s video debut, a full 24 hours before being able to watch it anywhere else.

“Fall Apart” also marks the first single off of Casey’s forthcoming sophomore album and is the follow up to the  American Idol alum’s Top 15 single “Crying on a Suitcase.” Casey’s self-titled debut album entered Billboard’s Top Country Albums chart at #2, with USA Today declaring the album “worth the wait” in a 3-star review, while Entertainment Weekly cheered that “the songs shine” thanks to “a fusion of blues and contemporary country, his subtle grit and frequent guitar solos.”

“When I listen to this music, I feel like it’s my life,” said Casey. “All my mistakes. My decisions, good and bad; my thoughts, my hopes… everything that I am and have been through has led me to make this record.”

Fans can purchase “Fall Apart” on iTunes at: http://smarturl.it/cjfallapart.
Posted by LovinLyrics at 4:55 PM

I stayed up late (with a lot of other people) to see Casey's video. It was well worth the wait!! So different from the normal run of the mill video. Beautifully done.