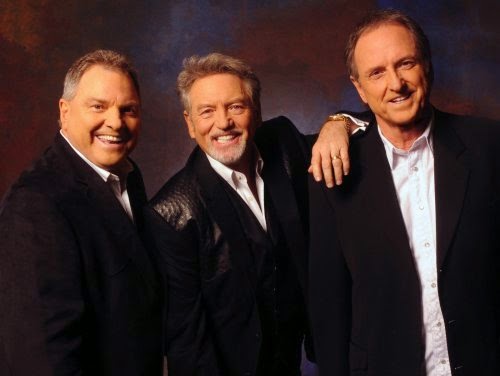 Nashville, Tenn. (February 4, 2015) - Larry Gatlin & the Gatlin Brothers have been dazzling
audiences for 60 years. It all began in 1955, when Larry was six, Steve was four, and Rudy was two. Since those days, the road that the trio has plowed has taken them to concert stages all over the world and has seen their records top the charts and touch the lives of fans from eight to eighty.

As Larry says, "There are other priorities in life. I have two granddaughters. Brother Steve has seven grandchildren and Rudy has two kids. We still love the fans and the road and we still love to sing but we want to spend more quality time with our families."

After performing together as children, Larry went off to college – studying law at the University of Houston. In 1971, he auditioned for the legendary Imperials, Elvis' backup group. He didn’t get the job, but he met Dottie West, who was the opening act for the legendary Jimmy Dean, who would become one of Larry's oldest and best friends. Dottie was initially taken with Larry's resemblance to Nashville songwriter Mickey Newbury. Dottie told him one night in her backstage dressing room at the Landmark Hotel in Las Vegas, "Larry, you look so much like Mickey Newbury, you've just got to be able to write great songs." After the gig in Vegas, Larry went home to Houston, wrote eight songs, sent them to Dottie, and she sent him a plane ticket to Nashville. 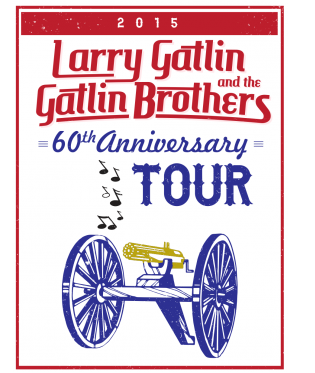 Through Dottie, Larry met Kris Kristofferson, who became a champion of his talent as a writer and singer. Kristofferson introduced Larry to Fred Foster at Monument Records which resulted in a contract with the record label. His first album, The Pilgrim, was released later that year. Johnny Cash, wrote the liner notes for his first album, and dubbed him "The Pilgrim," which is what he called Larry until the day he died. Steve and Rudy moved to Nashville in 1975 and teamed up with brother Larry to form Larry Gatlin & the Gatlin Brothers. By 1976, the Gatlin Brothers were in the fast lane, thanks to the chart-topping success of the Grammy-winning "Broken Lady." The hits continued throughout the rest of the decade, with seven more number one songs: "I Don’t Wanna Cry," "I Just Wish You Were Someone I Love," "Statues Without Hearts," "Love Is Just A Game," "All The Gold in California," "Houston (Means I'm One Day Closer To You)" and "Night Time Magic." In addition to being inducted into the Grand Ole Opry, the trio was nominated for awards by the Country Music Association, the Academy of Country Music and the Music City News Awards, among others. "We won some of 'em too," notes Larry.

So, as Larry, Steve and Rudy close out one chapter of their lives, they are looking forward to the next one. Larry says, "We're not cutting back because we can't draw a crowd or that we can't sing anymore. Today, we sound just like we did 40 years ago.... pretty dad-burn good. We're not being run out of the business. We're not going broke. We're not down to bread and milk money. We just think it's time to do some other things, slow down a little bit, and do it with class and dignity – on our own terms. We are grateful to God for our fabulous run and we can't wait to see what else He has in store."

Today, the brothers announced the first leg of their 60th Anniversary Tour. In addition, the brothers will soon release a new Gospel album on Curb Records, titled, Larry Gatlin & the Gatlin Brothers 60th Anniversary Celebration. Larry says, "We were going to call the album, The Gospel According to Gatlin because some of the new songs are a little edgy, a little bit different. Then we realized it was our 60th anniversary, so we went with that as the title." And speaking of edgy, Larry says, "Steve and Rudy and I didn't get where we are by playing it safe. We have always pushed the envelope, we have always crossed borders others were afraid to cross and we're not going to stop now... and that is the Gospel According to Gatlin."

For more information on Larry Gatlin & the Gatlin Brothers, visit www.gatlinbrothers.com.
Posted by LovinLyrics at 2:36 PM