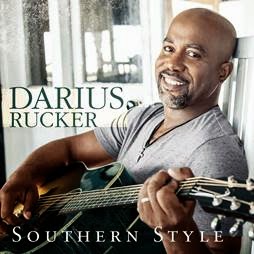 Rucker’s three previous albums—Learn To Live; Charleston, SC 1966; and True Believers—all topped the Billboard Country Album chart and spawned six No. 1 singles. In 2008, he released Learn to Live; the album's first single, "Don't Think I Don't Think About It," made him the first African-American with a No. 1 country song since Charley Pride in 1983. It was followed by two more singles that topped the chart—"It Won't Be Like This For Long" and "Alright"—and earned him the New Artist award from the Country Music Association. His 2010 follow-up, Charleston, SC 1966, included two more No. 1s, while True Believers contained the Platinum certified and Grammy winning No. 1 “Wagon Wheel.” In 2012 he achieved a lifetime goal and was inducted into the Grand Ole Opry.

7. You, Me And My Guitar (Darius Rucker, Ashley Gorley and Rhett Akins)

12. You Can Have Charleston (Darius Rucker and Frank Rogers)

13. So I Sang (Darius Rucker, Rivers Rutherford and Tim James) **