GET READY FOR THE BIG REVIVAL - KENNY CHESNEY STRIPS DOWN, RAMPS UP FOR 1ST TOUR IN ALMOST 2 YEARS 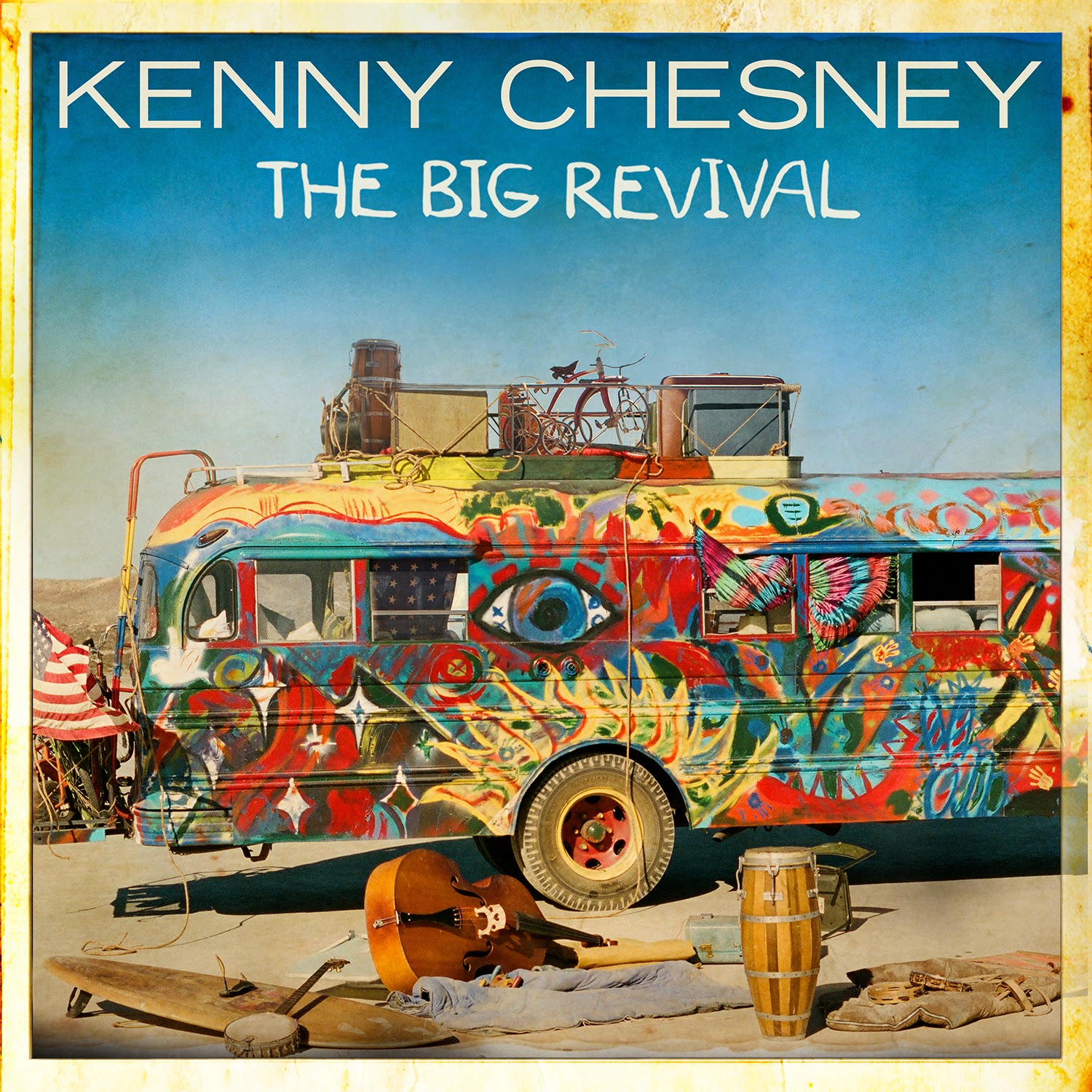 NASHVILLE, Tenn. (March 18, 2015) - Kenny Chesney’s been locked down for close to two months, getting ready for his 2015 The Big Revival Tour. After walking offstage at Gillette Stadium after two sold-out nights, he made the decision to devote his next year to making his record. But time off the road didn’t mean the 8-time Entertainer of the Year’s heart wasn’t itching to be out there playing.

“Once the album was done, I started thinking about the stage, the set list – ‘cause this new music really got me inspired – and how we could make it mean even more!” Chesney says with a laugh. “And you know, I can’t stand being away from the fans! They fire me up. That’s why we decided to throw a stadium show on the beach at the FloraBama line – just the world’s biggest Keg In The Closet show – so I could see the No Shoes Nation doing what they do best.”

In that spirit, Chesney began figuring how to present his music with new intensity. The same care that went into The Big Revival, his 13th No. 1 Country Album debut that’s yielded the GRAMMY-nominated multiple week No. 1 “American Kids,” No. 1 “Til It’s Gone” and the fast-rising free-spirit affirming “Wild Child” with Grace Potter, was applied to what may be the hardest hitting tour yet from the man The Wall Street Journal proclaimed “The King of the Road.”

“Every time, I want people to have the best night of their lives...,” Chesney explains. “I take that very seriously. I’ve heard enough stories about people planning their summer about coming to see us, and when you know that, you wanna always give ’em more and better, trying to think what else? But, you know, these songs are the reason people come – and I don’t ever want to take away from the music.”

Chesney scoured the globe looking for the most cutting edge ways to present the music. The PA – providing clearer sound at stadium sized levels – is from Australia; the first of its kind being used in the States. The Clay Paky Mythos lighting system is also a North American first, brought over from Italy after a late night “shoot out” in a parking lot from the company’s Bergamo factory that clearly proved to add a deeper and brighter dimension to the overall lighting package.

“It’s all part of it,” Chesney says. “How it looks, how it sounds, how you feel. I had the time to really seek out what was special... really find things that are innovative; even if it’s just the quality they deliver. I’ve got some of the best people in the business out on The Big Revival Tour, folks who’ve worked for Metallica, Guns N’ Roses, AC/DC, Lady Gaga... They get putting music across in big places, but they also understand that to me – and the fans – the songs are important.”

The video screens are some of the biggest and most impressive on the road right now. Delivering over 2,300,000 pixels, there are six hand-held cameras, a jib for the stadiums and two robotic point of view cameras – all controlled from a central position and called live every single night, allowing for maximum spontaneity. The additional footage has been shot in New Orleans, Mexico, the Caribbean, Maui, Positano, the road, the fans and anywhere people come together in the name of music.

Having sold in excess of a million tickets on each of his headlining tours, Chesney is the only Country Artist in Billboard’s Top 10 Touring Acts of the Last 25 years – with only 12 years as a headliner – for a reason. Hardcore, hands on, he drives his music higher and further every year. When Chesney’s 2015 tour – 22 stadiums and a whole lotta arenas strong – hits Nashville’s Bridgestone Arena March 26 and 27, it’s gonna be even more focused, more live, more music than before. All-in, full-throttle, get ready for The Big Revival, indeed!