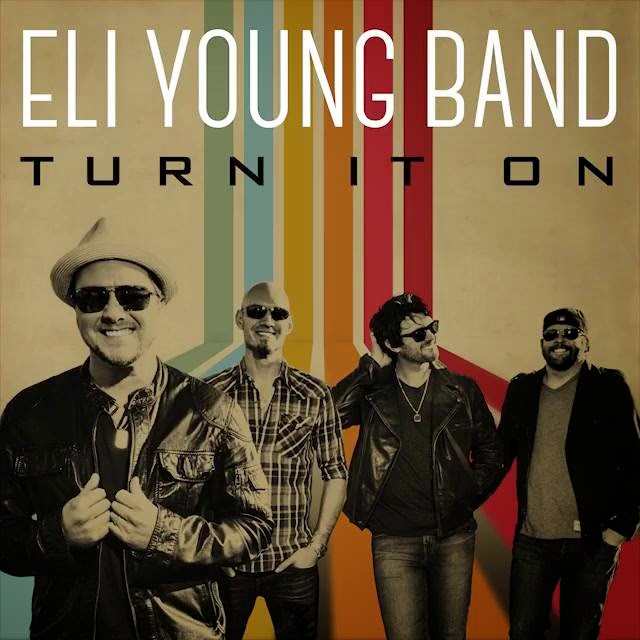 Eli Young Band’s newest single “Turn It On” is about running into an ex post-post-breakup, it’s been a while and hey what have you been up to? “Didn’t know you’d be here tonight.”  He can’t turn it off and on as easily as she can and she’s definitely turning him on tonight.  He’s wanting to reconnect at least for tonight and maybe rekindle something that can hopefully be re-lit.  No prior plans to, just running into her causes him to “want to pick it up where they left off.”  He ran into her in a bar and all the elements are there, beer, jukebox and the atmosphere in which they’ve previously connected in.  Full of Texas references and twang, Eli Young Band always showcases their roots whilst serenading you with a great story.  Consistently vivid to the point where if I was to go to the bar in the song, I’m certain I would recognize it.


Eli Young Band has had a storied career, even though Nashville has only woken to them in the past few years.  They’ve had hit after hit, mellifluous memoir after mellifluous memoir, epics painted in 5 minutes or less, whole worlds imagined and explored in their music.  From getting to know “Guinevere” when nobody else does to the solidarity in sadness “When It Rains” to absurdly original song and video “Crazy Girl” to the tremendously inspirational “Even If It Breaks Your Heart” there is a story that you will connect with and blast the speakers for.  There will be a journey taken that songsters Mike, James, John and Chris and will host and the tapestry woven will be unlike any other, neither in phenomenal vocals nor in any other part.