An Oak Ridge Boys performance is quite literally a hug from the Lord. It's like He reached down from Heaven and wrapped His arms around the audience and squeezed really tight letting us know that there is still good in this world and it's in the form of these four men and their music, Joe Bonsall, Duane Allen, Richard Sterban and William Lee Golden.

I always make the time to attend an Oaks show at the Alabama Theatre in Myrtle Beach, SC. I never miss one even though it's a 3.5 hr drive from my house. If I'm scheduled to work, I take the day off. If I had surgery scheduled, my appendix can wait, and I think if it was my own funeral, I'd tell them to hold off the eulogy! You get the idea. They usually play here twice a year and I can honestly say those are my 2 favorite days of the year. That's just how much I love these shows. The venue and it's staff are wonderful, the acoustics are fantastic, and the crowd is always familiar. It is, as I said in my previous review for their last show here, like coming home. 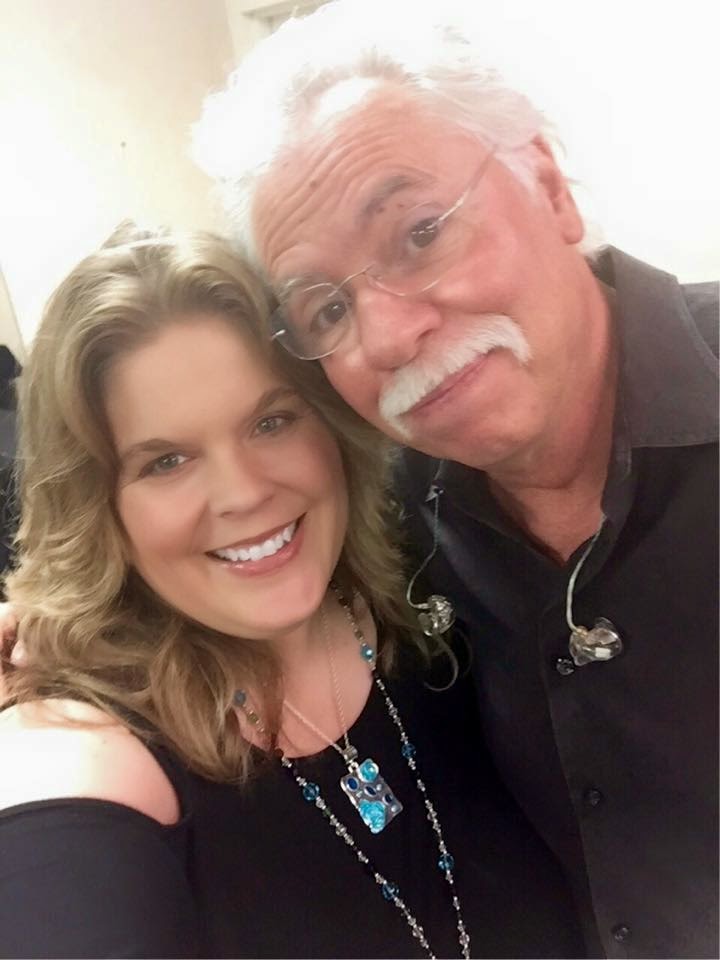 I got there early as I usually do so I can spend some pre-show, no stress time with the guys and the band. This is my favorite part of the day, when they're not in show mode, they're just laid back and having some relaxing time with friends and family. There's always laughter and there's always love, those are two things that are never missing on stage or off. When I was walking from the parking lot and was passing the bus on the way to the backstage entrance, there was a small group of ladies waiting by the bus. When I approached, they told me they were hoping to see Joe because one of the ladies in the group had something she wanted to give him that she'd been holding onto for months in hopes of being able to hand it to him personally. I told her I would let him know. When I walked in and as soon as I saw Joe, I told him about the ladies and the gift and he immediately walked out to the bus to say hello but the ladies were gone. This is what I love about these guys, fans are ALWAYS important, even when they're not showered and looking stage ready, even right when they've pulled in and get off the bus from a 14 hour trip, during the show when they shake hands and even after the show when they're exhausted and ready to go home. They always make the time and are so gracious with everyone.

The show was once again a sellout. As soon as it began, before any of the hits began to play, Joe took the mic and asked if there was someone that had been waiting for him by the bus with a gift. He said he went out there but missed them and he wanted to be sure that this lady was taken care of. She happened to be in the front row in front of him and was so excited that he had taken the time to acknowledge her and she handed him her gift, an empty Coke bottle with his name on in. She had looked for one for so long that said "Joe" and she finally found it and she was able to share it with him. This made her day and it made Joe's as well. What a great thing to do.

When it comes to the music, there really is not a better show I've been to than an Oaks performance. I know I gush when it comes to them, but they give me every valid reason to do so and in these days of country music, there really honestly aren't many I can say that give me the same level of excitement and warmth than these guys. The music is always timeless, the performances are audience interactive and so much fun, Their harmonies are still some of the best in the business even after 40 years of singing. The band is fantastic and always smiling and having such a great time. Rex Wiseman, Scotty Simpson, Jeffrey Douglas, David Northrup, Ronnie Fairchild and Roger Eaton stand behind the Oaks night after night, show after show, after after hour and never once do they ever give the impression that they don't want to be there. They're always smiling and laughing. They interact with the audience and the Oaks just as much as the fans do and there's always something going on up on that stage that has an electricity to it. It's just the perfect combination of personalities and talent. When they take the stage, you can see that they're doing it for the love of the music they sing and those they sing for. They've made their millions, they've played for Presidents, they've won every award possible and achieved the pinnacle every country artist dreams of - memberships in the Country Music Hall of Fame and the Grand Ole Opry. They've seen and done it all, now they're doing it all because they enjoy it and because they love to see the enjoyment on the faces of their fans. This show was a product of love, friendship, and the personal inner harmony that comes from connecting with people. This is why we keep coming back and why the Oak Ridge Boys will always be legends not only in country music, but in the hearts of so many. I am ready for September, bring it on boys!

Everyday
American Made
Come On In
Louisiana Red Dirt Highway
Gonna Take a Lot of River
Cryin' Again
Y'all Come Back Saloon
Ozark Mountain Jubilee
Leaving Louisiana in the Broad Daylight
Beautiful You
Sail Away
Dream On
Little Things
Roll Tennessee River
Life's Railway to Heaven
Have a Little Talk With Jesus
Sacrifice...for Me
Ramblin' Man
I'll Be True to You
Beyond Those Years
Down Deep Inside
No Matter How High
There Must Be Something About Me That She Loves
Elvira
Bobbie Sue