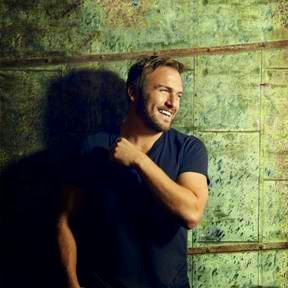 We love this guy and know that you will too. A blue collar, simple livin' kind of guy, Logan Mize, has been working hard to get his music heard and now that hard work is starting to pay off in spades with his single, "Can't Get Away From A Good Time" starting to take off on country radio.

Get to know him, we did and we're so glad we took the chance on him. We'd love to see you take a chance as well.

Spanning seven episodes in all, the bite-sized clips spotlight the small-town roots and laidback humor of the Kansas native – and official Kansas Tourism Ambassador – in segments that feature music, anecdotes, and even a station wagon named Glenn.  Throughout the run of the series, Taste of Country will exclusively debut a new segment every Wednesday.

With more than 3.6 million streams and more than 100,000 copies sold, “Can’t Get Away from a Good Time” continues to earn its place as a fan-favorite, cheered by MusicRow as “a good-natured, smiling bopper with personality to spare,” while Roughstock calls the single “infectious and utterly charming.”

Co-written by Mize, Blake Chaffin, and Kelly Archer, “Can’t Get Away from a Good Time” is available here: http://smarturl.it/loganmize.

After playing last weekend’s sold-out Stagecoach Music Festival in California, Mize will be performing at the Key West Songwriters Festival on May 9 and will be part of the line-up of stars playing the Memorial Day weekend Boots on the Beach Vacation event in Ocho Rios, Jamaica.

Connect with Logan online at:

Posted by LovinLyrics at 4:58 PM