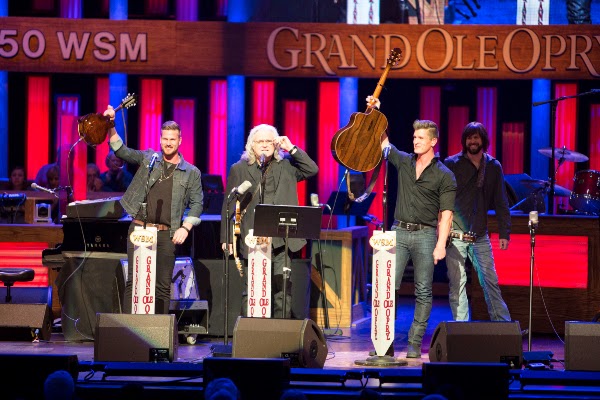 April 29, 2015 -- Nashville, TN -- High Valley saw another dream come true over the weekend as they had the opportunity to share the stage with their musical hero, Ricky Skaggs, during Saturday’s performance of the Grand Ole Opry. Skaggs joined High Valley in the Opry’s hallowed circle to perform “Make You Mine,” the fastest selling song in the duo’s history.

“Make You Mine,” which appears on High Valley’s recently released album, County Line, features a guest appearance by the bluegrass icon and is available now on iTunes. The video, directed by Roger Pistole (Dierks Bentley, Lee Ann Womack), can be seen HERE. Following their Opry appearance, High Valley presented Skaggs with a #1 plaque commemorating the “Make You Mine” video topping the CMT Canada charts.

High Valley is an unsigned, independent artist in the US. Brothers Brad (lead vocals, acoustic guitar) and Curtis Rempel (harmony vocals, mandolin) make up High Valley. The sibling duo initially found inspiration in the music of country music icons Alabama, Rascal Flatts, Diamond Rio and Shenandoah while growing up listening to their older sisters’ records. After seventeen years of touring and opening for the likes of superstars Shania Twain, Little Big Town and Alan Jackson in their northern homeland, Canadian CMA Awards Interactive Artist of the Year winners High Valley have made their U.S. debut with the release of their full-length album, County Line! Get to know more about High Valley their official website. 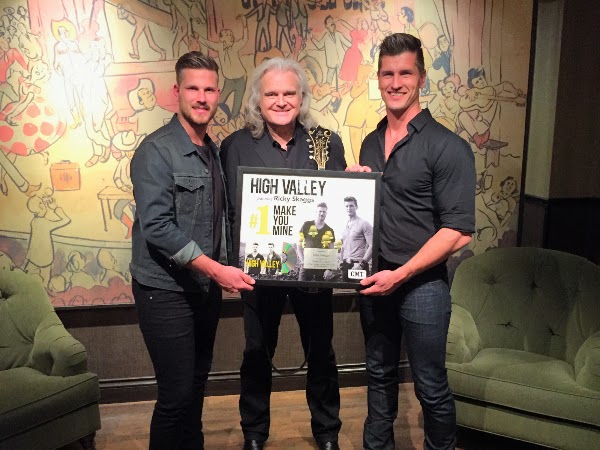