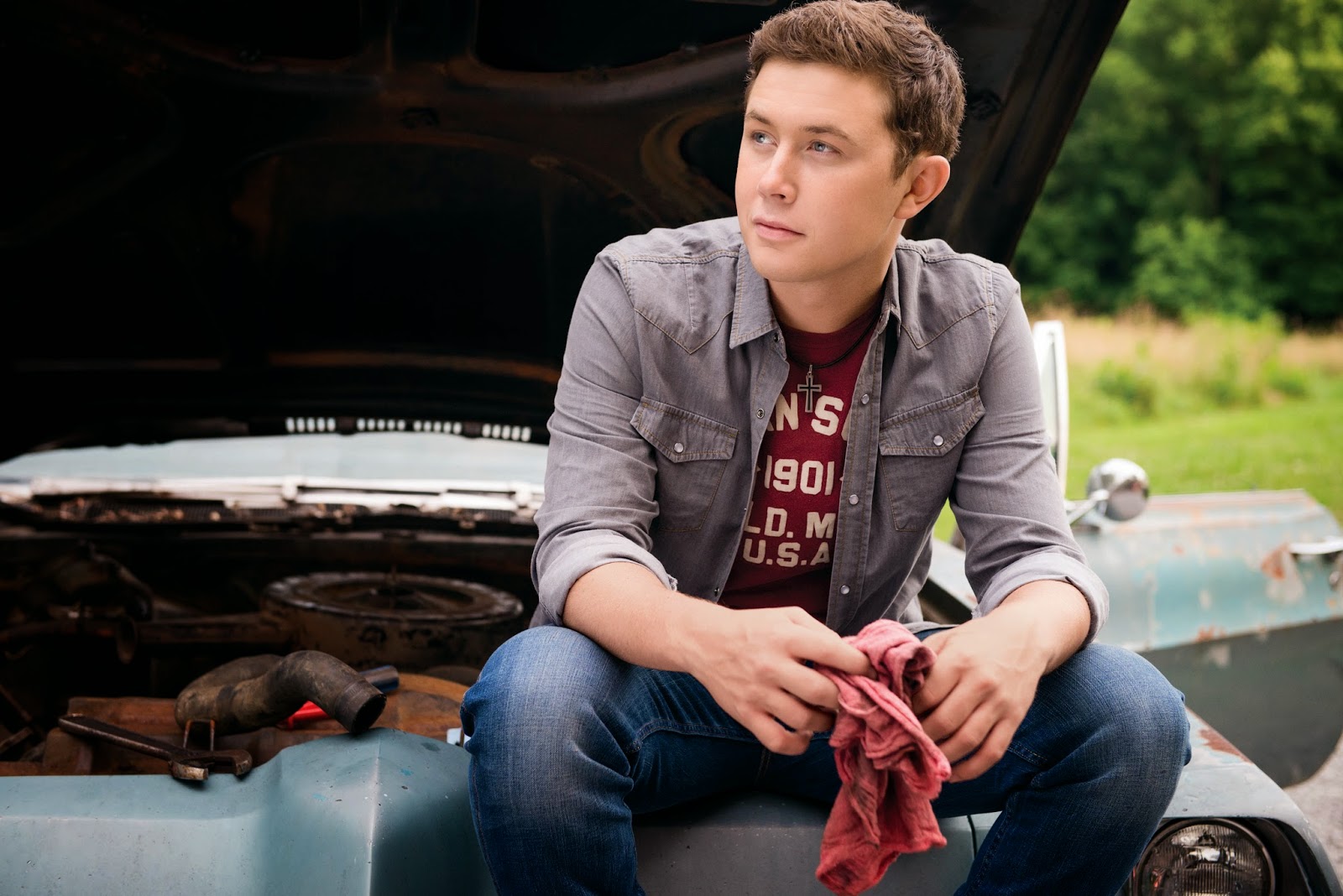 In a letter featured in the March 2015 issue of Southwest: The Magazine, Greg Freyer wrote “Dear Southwest, I planned to get engaged on a Southwest flight as my girlfriend flew home ‘alone’ after visiting me. I work odd hours, so the day my girlfriend was supposed to leave, I woke her up around 3:30 AM to say goodbye and ‘left for the airport.’ I instead drove to the Detroit airport and got on her flight. After takeoff, a flight attendant announced that a debit card with my girlfriend’s name on it had been found. When they handed it to her, ‘See You Tonight’ by Scotty McCreery started playing. I walked up from the back row, took the intercom and proposed!”

“I read this story while on a recent Southwest flight,” said McCreery. “It’s awesome that ‘See You Tonight’ is now their proposal song! That song was my first top 10 hit and I loved writing it with Ashley Gorley and Zach Crowell. It’s already brought me a lot of luck and great memories, and I hope it does the same for Greg and his fiancée.”

McCreery is hoping the happy couple will get in touch with him. “I’d love to give Greg and his fiancée tickets to a show and have them come backstage so we can meet and celebrate their engagement. I hope Greg hears that I’m looking for him and that he e-mails my team at info@ScottyMcCreery.com so we can connect.”

The Mercury Nashville / 19 / Interscope Records recording artist is currently writing songs and preparing to work on his upcoming third album. McCreery scored two consecutive Top 10 hits (“See You Tonight” and “Feelin’ It”) from his sophomore album See You Tonight, which debuted at No. 1 on the Billboard Top Country Albums chart. That album’s title song, co-written by the singer, was one of three singles from the “American Idol” champion that were certified Platinum by the RIAA in the same week (the other two being “The Trouble with Girls” and “I Love You This Big” from his Platinum-certified first album Clear as Day, which debuted at No. 1 on the Billboard Top 200 Albums chart). The ACM, CMT Music, ACA, and ICM Award winner will be performing at the Fargodome in Fargo, North Dakota on Apr. 9, the Devent Center in Norfolk, Nebraska on Apr. 10, Treasure Island Record and Casino on Welch, Minnesota on Apr. 11, and The Arcada Theater in St. Charles, Illinois on Apr. 12. He will join Rascal Flatts on the road this summer beginning in May. For more information and additional tour dates, visit www.scottymccreery.com.