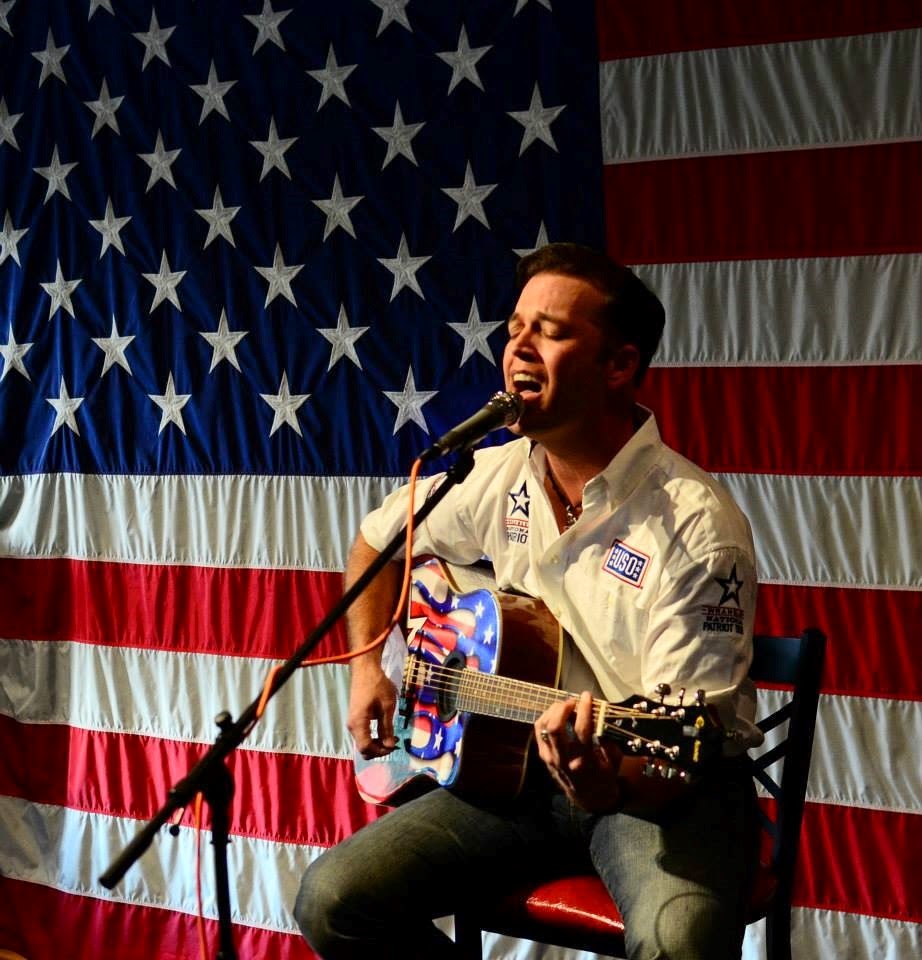 NASHVILLE, Tenn. (May 1, 2015) – In the words of Winston Churchill, "We make a living by what we get, but we make a life by what we give." Freshly inked by Reviver Records and already tapped as Cabela’s® newest brand ambassador, bright-eyed newcomer Lucas Hoge, lives his life by that philosophy.

In his 2010 leading role on Animal Planet's “Last Chance Highway,” Hoge dedicated over a year of his life to find loving homes for stray and unclaimed shelter dogs who had been left abandoned with no where to go; and today, he continues to live out his philanthropic calling through support of the U.S. Military. In partnership with the all-American clothing line, Wrangler®, he will soon embark on the Wrangler® National Patriot Tour in observance of Memorial Day. As the only music artist on the tour, he will perform for brave servicemen and women at various forward operating bases throughout the Middle East.

"To get to be a part of this tour and spend one-on-one time with the heroes who are fighting every day for our freedom… it's a real honor for me,” Hoge said. But he knows the product of their sacrifice far outweighs anything he can do for them.

“I'm glad to try and bring some peace and comfort to them through my music, but having done these tours before, I've learned that what I get out of going and being there is far greater than anything I could ever give back. Just to meet our heroes face to-face, shake their hands, look them in the eye and thank them for what they do – that’s what this is all about. It's an unforgettable opportunity," he added.

Over the years, Hoge has toured throughout Iraq, Kuwait, Kosovo, Afghanistan, Hawaii, Alaska and the Middle East performing for U.S. military troops, and his songs "Soldier's Creed," and "Medal of Honor" are both featured on his Music for Our Troops CD, which pays tribute to military members for their daily sacrifices. He is also involved with ThanksUSA.org, a charity that helps military families obtain scholarships for education, and in acknowledgement of his love for animals, is the official spokesperson for Guardian Angels for Soldier’s Pet©, which fosters animals for soldiers while they are stationed overseas.

This spring and summer, Hoge will bring his traditional country sound and energy-packed performances to a slew of summer music festivals including the CMA Music Festival (Nashville, Tenn.), BackYard BBQ (Pueblo, Colo.), the Cuchara Country Music Festival (La Veta, Colo.), and many more.  He is also positioned to release a new single in 2015 called “Power of Garth” – a poignant ballad heralding the legacy of country icon Garth Brooks.

Though momentum will build as the small-town Nebraska native continues to chase his life-long dream in country music, he’ll always be focused on ‘giving back.’

Hoge was nominated for the Inspirational Country Music (ICM) Association’s “New Artist of The Year Award,” in 2011 after answering a woman’s dying wish to write a song inspired by her autobiographical poem, “How Was I To Know.”

Posted by LovinLyrics at 4:29 PM