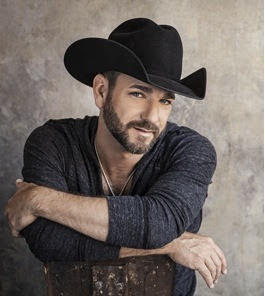 The single captures a fire burning between two people who keep their love alive all night long, without regrets or consequences. “Tomorrow Tonight” marks the first time Campbell has starred as the romantic lead in his own music video.

Fans can check out the exclusive photo and video content for the next 24 hours by adding ‘iHeartRadio’ on Snapchat.

Co-written by Campbell alongside Justin Wilson and Vicky McGehee - and produced by Jeremy Stover - “Tomorrow Tonight” is available at digital retailers here.

“Tomorrow Tonight” marks Campbell’s first release under BBR Music Group’s RED BOW Records. The talented singer-songwriter is currently at work on his third album and will be touring the U.S. throughout the summer.

For more information and tour dates, visit www.craigcampbell.tv.
Posted by LovinLyrics at 4:06 PM