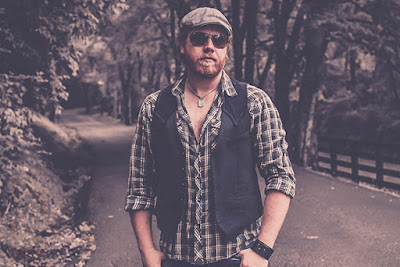 Brian Collins was born in West Georgia and is the honest definition of a true southern soul. He is cited as being one of the top singer/songwriters in the business and on top of that is also a producer, engineer and graphic designer. In 2005 he launched his own label “Blue Light Entertainment” where he not only personally designed all of the recording rooms but, also produced/ engineered tracks and albums for some pretty big named artists such as Skid Row and rapper T.I. In October 2014, Collins released highly anticipated album “Healing Highway” which features his most recent single “Shine a Little Light.

With all of the negativity we see going on in the world, this is the type of song that is a must listen to in order to prove that there is still good left. It’s definitely a great pick me up song for anyone going through any kind of tough time. In his lyrics he talks about how everyone at some point in their lives go through hard times but that their not alone and in the end everything will turn out ok.

This is definitely one of best inspirational songs that I have heard in a long time and I definitely suggest checking it out if you haven’t done so already.

Posted by LovinLyrics at 2:49 PM