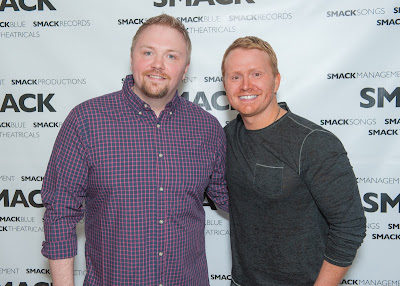 NASHVILLE, Tenn. (June 8, 2015) -- SMACKSongs President and CEO Shane McAnally, announced the signing of Josh Osborne as a full partner of the music publisher today.  “Since the first time working with Josh, we always knew we wanted to someday build a partnership beyond just writing songs together,” said McAnally. “This partnership marks a new beginning for SMACKSongs and we are excited to welcome him to the SMACK family.”

Osborne has written many No. 1 songs including Kenny Chesney’s “Come Over”, Billy Currington’s “We Are Tonight”, Eli Young Band’s “Drunk Last Night” and Blake Shelton’s “My Eyes.” He has become a frequent collaborator of Sam Hunt (co-writing his No. 1 singles “Leave the Night On” and “Take Your Time”) and Kacey Musgraves (co-writing the GRAMMY Award-winning Best Country Song “Merry Go Round”). Osborne was nominated for the 2015 ACM Songwriter of the Year and his home state of Kentucky recently honored him on the Country Music Highway. Osborne currently has three songs on the charts:  Kenny Chesney’s “Wild Child”,  Jake Owen’s “Real Life” and Blake Shelton’s “Sangria.”

“Becoming a partner at SMACK is an incredible opportunity,” said Osborne. “To get to be a part of so many projects I believe in professionally, and so many people that I believe in personally, is more than anyone in our business could ask for.”

“The addition of Josh Osborne to the SMACKSongs family further solidifies its position as one of the hottest indie publishers on Music Row,” said Kobalt Senior Vice President of Creative (Nashville), Whitney Daane. “Kobalt is proud and privileged to be a part of the team!”

Posted by LovinLyrics at 6:46 PM