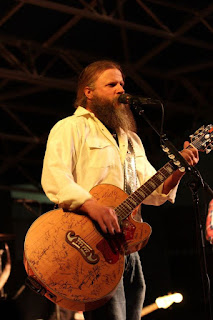 Nashville, TN (July 8, 2015) - Jamey Johnson, Buddy Cannon and Scotty Emerick will kick off fundraising efforts for The Pen Fund with a hometown show on Wednesday, July 29 at 3rd and Lindsley (818 3rd Avenue South).  Dubbed Songwriters 4 Songwriters, the event will benefit songwriters with Pancreatic cancer.  TPF supports disease awareness and furthers cutting-edge breakthroughs in research and development for early detection and treatment.  Tickets are $20 online and $25 day of show; the doors open at 6 p.m. and the music starts at 7:30.  For those who cannot attend the show, donations can be made directly to The Pen Fund at www.thepenfund.org or by logging on to your PayPal Account.

The three performers were all friends of Hank's. Jamey Johnson, a Platinum-selling singer/songwriter from Alabama found fame with his 2008 CD release THAT LONESOME SONG.  The disc's first single, "In Color," earned Johnson the CMA Song of the Year in 2009 and launched a career that has gained the talented artist universal recognition.  In 2012, Jamey released the Buddy Cannon-produced LIVIN' FOR A SONG: A TRIBUTE TO HANK COCHRAN to critical and commercial success.  In addition to writing his own hits, Johnson has co-written singles for Trace Adkins, George Strait, James Otto, Joe Nichols and Jessie James. 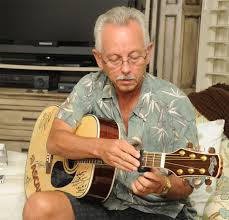 As a producer of #1 hits for Kenny Chesney, Mel Tillis, John Michael Montgomery, Joe Nichols, Sammy Kershaw and Reba McEntire and others, Buddy Cannon's talent in the studio continues to speak for itself. Cannon's knack for picking and producing artists and their hits helped launch the careers of mega-stars Shania Twain and Billy Ray Cyrus.  His songwriting prowess has provided numerous hit songs, including "Set 'Em Up Joe," "Dream Of Me," "I'm Still Crazy," and "She's Not Cryin' Anymore," "I've Come To Expect It From You" and the ACM 2007 Song of the Year, "Give It Away."

Scotty Emerick began his songwriting career in the mid-1990s, landing cuts by Sawyer Brown, including their Top 5 single "I Don't Believe in Goodbye," which he co-wrote with Bryan White.   Emerick's career counts co-writing credits on the # 1 hits: "I'm Just Talkin' About Tonight," "I Love This Bar," "Whiskey Girl," "As Good as I Once Was" and "Beer for My Horses."   Scotty has ridden the Top Five with singles "Get Drunk and Be Somebody" and "A Little Too Late."   He is a frequent co-performer on Toby Keith's national stadium and arena tours as well as on the entertainer's USO tours to U.S. military bases in Germany, Afghanistan and the Persian Gulf. 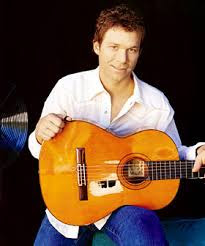 As any fan of the singer/songwriter genre knows, surprises are the norm.  "We could see a few friends drop by," hints Booth Calder Cochran (co-founder of TPF and Hank's daughter).  "I think it'll be a fun night and it's for a great cause.  That usually brings the folks out."

The family of Country Music Hall of Fame member and award-winning singer/songwriter Hank Cochran launched The Pen Fund in conjunction with the Nashville-based non-profit organization, The Nikki Mitchell Foundation, in Hank's honor.

For more information on The Pen Fund, visit www.hankcochran.com or www.facebook.com/ThePenFund.

To learn more about the Nikki Mitchell Foundation visit www.nikkimitchellfoundation.org or https://www.facebook.com/NikkiMitchellFoundation.  NMF is a registered 501(c)(3).
Posted by LovinLyrics at 10:54 AM