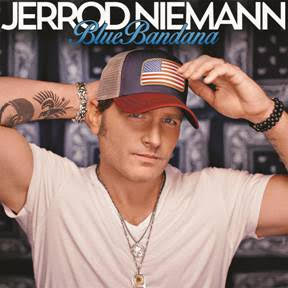 “Blue Bandana,” the first single from Niemann’s upcoming album, was produced by Jimmie Lee Sloas and Niemann and is currently available for sale here: http://smarturl.it/bluebandana.

Niemann’s previous career-high impact week was 72 first-week stations for his now-Platinum-certified multi-week #1 smash, “Drink to That All Night.”

Get social with Jerrod at: