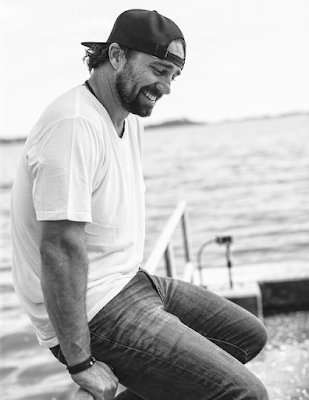 Pete Scobell describes himself as a “jack of all trades" -  he is a Navy SEAL combat veteran, competitive skier, mountain climber, athlete and musician. He made is first foray into the music business after meeting Wynona Judd and Cactus Moser through the film makers of "The Hornet's Nest," a 2014 Afghanistan war documentary. Wynonna and Cactus invited him to come record his song, "For the One's I Stand Beside" for the movie, and Scobell would later collaborate with Wynonna on the duet “Hearts I Leave Behind” which went to No. 1 on the iTunes country music chart in February of this year. He is currently touring all over the country with performances booked up through November.

His music is is as tough as he is, but even members of the world’s most elite military teams have deep heartaches as demonstrated by “Wild” which manages to be both heartwarming and heart wrenching at the same time. The clip begins with Scobell throwing his guitar into a refurbished 65 Shelby Mustang GT350, and driving it down a back road reminiscing about good times spent with an old friend. We see shots of the two horsing around, but soon find out his friend has passed away and the Mustang belonged to him. At the end of the clip, Scobell drives out to his friend’s grave and leaves a shot on his tombstone while singing the final chorus.