Rainey Qualley continues to make her mark in Country Music, as RollingStoneCountry.com profiled her in their new feature which hit today: 10 New Country Artists You Need to Know: Summer 2015.

Writer Sarah Rodman opines about Rainey's father teaching her how to play guitar, opening for Willie Nelson, writing for her album and more. The piece also includes a link to Rainey's sassy new music video for her "Me And Johnny Cash" single. 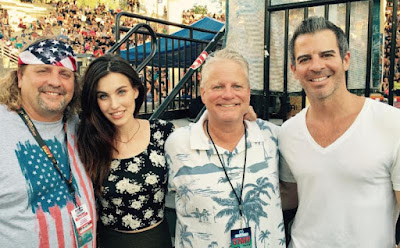 Rainey's debut EP, Turn Down The Lights, was released last month. The Asheville, NC native co-wrote all seven songs on the collection, which was produced by Russ Zavitson and John Ramey. Her debut single, "Me And Johnny Cash," is receiving significant airplay at country radio.
Posted by LovinLyrics at 4:21 PM