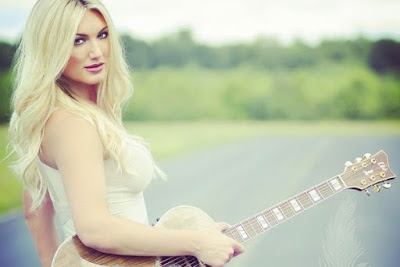 Brooke Hogan is back and has decided to go country!

Hogan is the daughter of pro wrestler Hulk Hogan and is most commonly known for her reality TV show “Brooke Knows Best” as well as her pop music. Her most recent single “Girlfriend,” although country, still has that pop influence within the up-tempo beat. It’s a song about a girl who has a crush on a guy and is begging him to make her his girlfriend rather than being just friends. The up-tempo beat is accompanied by great vocals from Hogan. I give Brooke so much credit for staying true to herself and following her heart by going country.

"Girlfriend” which was produced by Blake Bollinger and Drew Davis is scheduled to hit radio August 13, 2015 and I highly recommend keeping an ear out for it.

You can purchase "Girlfriend" on iTunes here
Posted by LovinLyrics at 8:23 PM