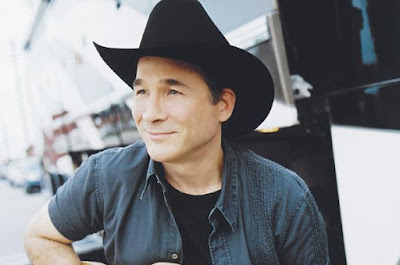 PURCHASE TICKETS TO CONCERT FOR A CAUSE

Country music legend Clint Black has become a regular focus in social media lately and is creating a buzz with fans with various announcements over the past few weeks - looks like he's been doing everything except "Killin' Time". There's a lot going on under that hat these days!

Clint is slated to release his long awaited studio album, "On Purpose", on Friday 9/25. This will be his first studio album in more than 10 years and is his 12th studio album to date. This CD has 14 tracks and features collaborations with his wife, Lisa Hartman Black, as well as a special appearance from Big & Rich. The CD's tracks feature songwriting credits from some of country's best including Steve Wariner, Victoria Shaw, "Whisperin'" Bill Anderson and Bob DiPiero among others. He's also hitting the road with a brand new amped up tour, so check his site to see if he's coming your way!


In addition to the new album and tour, Clint is hosting Concert for a Cause on September 9 in Nashville at the Tennessee Performing Arts Center's James K. Polk Theater. He will be performing with the Chideo "Dream Recording Session"contest's four finalists who were announced this past July. This concert goes to raise money for Rettsyndrome.org. The contest finalists have since been competing for America’s vote in the hopes of winning a once in a lifetime chance to record an original song with Clint in his personal studio. This concert now gives Blake Esse, Jefferson Clay, Julie McCloud and Sasha Aaron another once in a lifetime opportunity to perform live on stage with Clint and support those working to accelerate research to cure Rett Syndrome. If you haven't voted for your favorite finalist yet, please go make their dreams of recording with Clint a reality! There is still time to vote HERE.

If you want to help even further, make a donation to be entered to win a trip to Music City and spend a night on the town with Clint at one of his favorite restaurants for dinner and memories that will last a lifetime. Your donation will go to help Rett Syndrome Research. Enter HERE.

Connect with Clint on social media: