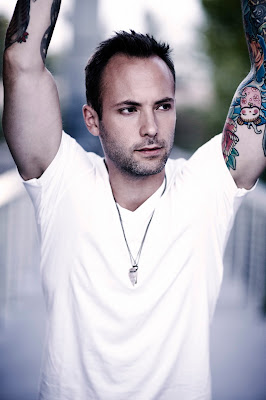 Earlier today, Dallas Smith inked a new U.S. record deal with Blaster Records through the label’s recent partnership with Big Loud Mountain. In celebration of the signing, the record-breaking Canadian country artist will release his new super-charged single “Kids With Cars” to Country radio this September and to digital retailers September 11. Produced and mixed by Joey Moi (Florida Georgia Line, Jake Owen), a preview of the high-octane song is now available on YouTube.

“Nothing excites us more than being involved with great music and with passionate, committed people,” says Blaster Records’ President Derek Simon. “We loved the music Dallas was making and jumped at the chance to partner with Big Loud Mountain to become his American label. Spend 10 minutes watching one of Dallas' shows and it’s clear how special of a singer and performer he is. The new music he's making is so strong and compelling and we couldn’t ask for better partners than Craig, Seth, Chief and Joey.”


"It's great to collaborate with the team at Blaster. They are equally as passionate as I am," shares Dallas Smith. “I’m excited to continue to build on what we are doing and take it to the next level."

Armed with an arena-sized voice, Smith has amassed international appeal since making his American country debut with the infectious single “Tippin’ Point” and dominating the Canadian Country charts with songs like "Lifted" and multi-week #1 hit "Wastin' Gas." Named one of the Huffington Post’s 15 Country Artists to Watch in 2015, Smith is the only Canadian male country artist to spend multiple weeks at the top of the Country Airplay Chart in the Nielsen BDS era for single “Wastin’ Gas.”

Smith is currently in the studio working on his first American full-length debut with longstanding producer Moi, who produced his prior award-winning Canadian projects JUMPED RIGHT IN and LIFTED.