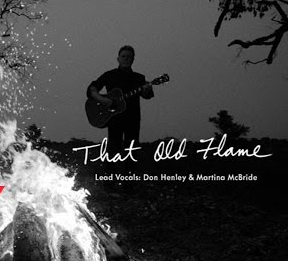 Purchase "That Old Flame" on iTunes

Don Henley released a new single featuring a collaboration with none other than Martina McBride.

Don Henley is of course, most famous for being one of the founding members of the Eagles and then a remarkable solo career following that. Don Henley is also this year’s recipient of the prestigious Lifetime Achievement Trailblazer Award, to be presented at the Americana Music and Honors Awards Ceremony at the Ryman on September 16th. Henley’s new single “That Old Flame” is off of his new album “Cass County,” which is first solo album in a decade and a half. Henley has also announced the album release tour to be kicking off at the start of October with Shawn Colvin as the opener. The sound is classic Don Henley, equally at home on a solo album or an Eagles album, it stands out brilliantly. Martina Mcbride’s vocals create more of a current sound and the combination of theirs in a single song create an unequivocally unique sound. A rather upbeat track for a downtrodden song, it creates such curiosity within the story and sound both. Is there a “Strawberry Wine”/”Innocence” thing happening here or “is it me you really miss?” There’s a cautiousness happening here because as they put in the chorus:

But there’s also traces of hope, peace and growth blended in. Ultimately, I would say that it ends with equal parts caution, curiosity and hope. I wonder what the story behind this was and how it turns out for the people involved. I wonder if Henley will have furthering of this storyline on his new album or shed some light on it on his new tour. I’m intrigued to see how what else he presents and can’t wait to see him in this new phase of his career and at a show soon! The much queried after dates would be the album release date of September 25th, tour tickets on sale August 7th,  August 8th and August 14th with the actual shows taking place October 3rd through November 12th.
Posted by LovinLyrics at 4:54 PM