TICKETS ON SALE TODAY FOR CHRIS YOUNG AT ASCEND AMPHITHEATER 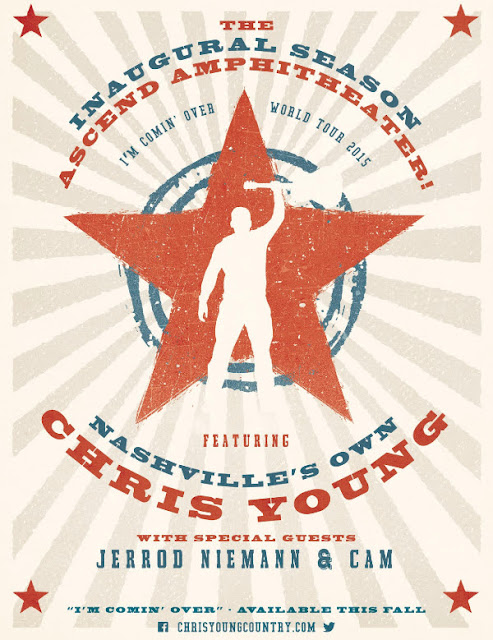 Chris Young will be coming home to Middle Tennessee when he headlines Ascend Amphitheater on September 30. Tickets to the special stop on his “I’m Comin’ Over” World Tour 2015 are on sale today at 10am central via Ticketmaster and chrisyoungcountry.com. Tickets start at $15 for lawn seats, available at this special price for a limited time. Joining Young for the hometown show are Sony Music Nashville labelmates Jerrod Niemann and Cam.

With over five million views for his steamy new music video, “I’m Comin’ Over,” Chris Young, one of country music’s “strongest, most distinctive voices,” (Billboard) will release his fifth studio album this Fall after kicking off his “I’m Comin Over” Tour October 22 in Savannah, GA with openers Eric Paslay and Clare Dunn.
Posted by LovinLyrics at 1:07 PM