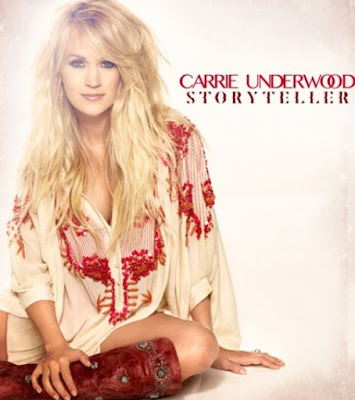 Carrie Underwood took to social media earlier to reveal the track listing to her fifth studio album, Storyteller, set for release on October 23. Storyteller was produced by Jay Joyce, Mark Bright, and Zach Crowell with six of its 13 songs co-written by Carrie, including the record-breaking first single, “Smoke Break.”

A complete track listing, with writer and producer credits, is as follows: