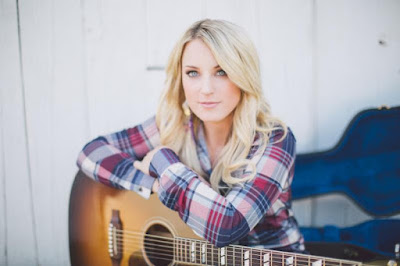 Written by Twisselman, "Breathe" tells the story of heart-wrenching change and the strength required to see it through. The Top 30 MusicRow CountryBreakout™ Chart hit was produced by Tyler Cain, who artfully captured the emotion in Callie's voice and the honesty of its message. Video Producer/Director Brian Harstine of Liquid Crystal Productions chose to use Nashville's historic Cordelle House as the setting for its sense of calming warmth. Accompanied by musicians Zack Runquist and Jason Brooks, Callie shines as she delivers the haunting refrain with an intriguing blend of traditional Mountain Country shaded with Pop nuances:

And make all the wrong things right and breathe in tonight

People change and that's okay, so I take it day by day

Callie recalls that painful time in her own life, noting, "I literally poured out my heart and tears on to a piece of paper when I wrote this one. My music is little pieces of who I am - some people write in diaries or go to therapy, I write a song." For Twisselman, this acoustic video represents a chance to share a moment of empowerment with her fans. "This is really about getting back to the person within ... your truest self. I think most people can definitely relate to it," she adds. "I've even had some folks say they felt like the song was literally written for them."