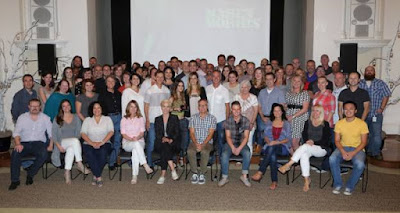 Sony Music Nashville has signed singer/songwriter Maren Morris, who joins the label group’s Columbia Nashville imprint. The Texas-native has quickly established herself in Nashville’s music community with songwriting and vocal stylings that reflect her country, folk and pop influences, with Rolling Stone Country touting her “a stellar solo artist in her own right.” Currently on Spotify, songs from her self-titled EP have garnered from than 2.5 million streams in little over a month, with 3 songs hitting Spotify's US and Global "Viral 50" chart.

A winner of the 2012 New Music Seminar's "Artist on the Verge" award, her songwriting cuts  include Tim McGraw’s “Last Turn Home” on Sundown Heaven Town and Kelly Clarkson’s “Second Wind.” Morris’s music has garnered international attention leading to tours in England, France and much of the U.S. She has appeared with such artists as Pat Green, Gary Allan, Marty Stuart, Radney Foster, Bob Schneider, Monte Montgomery and Eli Young Band and will be hitting the road next on select dates with Sam Hunt and Little Big Town.