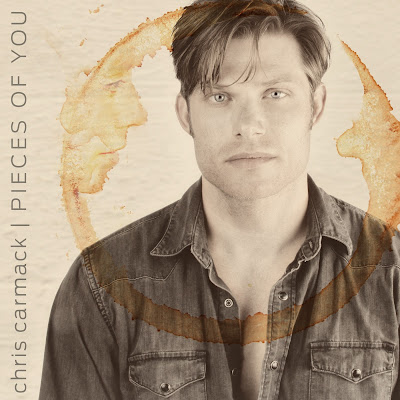 Triple-threat singer, songwriter and guitar player Chris Carmack released his debut independent EP PIECES OF YOU (Unbridled and Blue) Friday (12/11) to outstanding critical acclaim. Showcasing Carmack’s wide range of influences - everything from the jazz and blues he grew up playing on saxophone, to rock, pop with a few touches of country - the early reviews applaud the five-track compilation produced by multi-platinum, Grammy Award-winner Ben Fowler (Lynyrd Skynyrd, Michael McDonald) and Phoenix Mendoza.

"...a record that's contemplative and self-exploratory, shot through with bursts of fiery fretwork."
- Rolling Stone

“The guy is pure talent - one who isn’t afraid to paint outside the lines, and sound just as pure and as authentic in any one style as the other.” - Sounds Like Nashville

“Definitely one to add to the ‘awesome’ pile!” – Renowned For Sound

“…a remarkable offering that features astute writing and comfortable grooves that play like old friends Carmack has known for his entire life.” – AXS

“…an impressively soulful, genre-blending piece of work.” – The Shotgun Seat

Carmack celebrated the release with a return to the Opry stage (listen here) at the historic Ryman Auditorium on December 11 and was introduced by non-other than guitar legend Vince Gill who has praised the multi-talented actor, “He is a wicked good guitar player, and I’m sitting there saying ‘OK, what’s the story, are you a frustrated guitar player or frustrated actor that made you so good at that…'”

Currently in production on “Nashville,” viewers will get a rare and intimate look at life behind-the-scenes on tour as cameras follow Carmack and fellow cast members for “Nashville: On The Record 3,” airing on ABC tomorrow, 12/16, at 10 p.m./9 p.m. CST.

Recently Carmack and the entire cast were honored by CMT with the first-ever “International Impact Award” during the 2015 CMT Artists of the Year special for “helping to spark Nashville’s red-hot renaissance” (CMT president Brian Philips). He has also been featured on THE MUSIC OF NASHVILLE soundtracks, including THE MUSIC OF NASHVILLE: ORIGINAL SOUNDTRACK, SEASON 4, VOLUME 1 (Big Machine Records). In 2014 and 2015 Carmack also performed live with the cast on ABC’s Opry-produced “Nashville” concert tours. The popular show has received nominations for People’s Choice Awards, Teen Choice Awards and Critics’ Choice Television Awards.