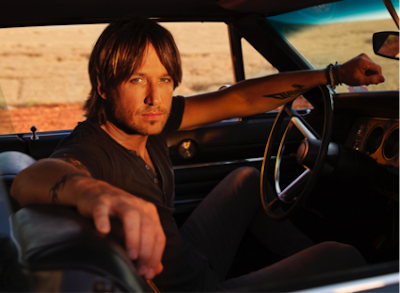 The CRB Artist Humanitarian Award was created in 1990 by the organization’s board to honor Country music artists who have exhibited exceptional humanitarian efforts during their career.

CRS Executive Director, Bill Mayne comments, “Keith Urban is a true humanitarian who gives out of love, passion, spirit, and generosity. It's been an honor to witness quietly from the sidelines, the amount of time, talent, and passion that Keith has selflessly given over his life and career. The impact and reach of his generosity has effected so many and is so broad in scope and depth – his is a bar of humanitarian effort, that we all can be inspired by!”

Over the years, Urban has been a strong supporter of numerous benefit concerts, including the annual “All For The Hall” Country Music Hall of Fame and Museum benefit concerts, which has raised nearly $3 million in proceeds.  In addition, he’s been and remains a supporter of The Grammy in the Schools program, Mr. Holland’s Opus Fund and was recently named the first Ambassador of the CMA Foundation.

He is a continued supporter of the “Make A Wish” Foundation and St. Jude Children’s Research Hospital. As an advisory board member at St. Jude, Urban has visited the hospital and produces a calendar each year with all net proceeds going to St. Jude. Since their inception in 2003, these calendars have raised more than $850,000 for the life-saving mission of the hospital.

Following the 2010 Nashville flood, he was very active in the relief efforts and participated in the re-opening of the Grand Ole Opry House, Marty Stuart’s “Late Night Jam,” GAC and Vince Gill telethons; all to raise funds for flood relief.

Additionally, he has supported our nation’s troops and the Navy SEALS Foundation. Urban donated to the foundation his share of artist and publishing royalties from his song “For You,” which reached a total of $300,000.

He was also the first Ambassador for the CMA Foundation’s Education Program and has donated from his line, URBAN guitars, to five Music Education Matters partner programs across the country, including programs in Atlanta, Los Angeles, Nashville, New York City and San Francisco. He’s also donated URBAN guitars to the Grammy Foundation and its MusiCares program, as well as donating proceeds from the guitars to Mr. Holland’s Opus Foundation to keep musical instruments in schools.