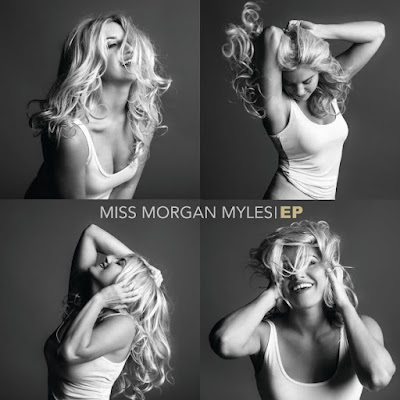 Named one of just a handful of artists “poised to tackle 2016’s music scene head-on” by Nashville Lifestyles, the triple threat vocalist, songwriter and guitarist is making her mark topping several Artist To Watch Lists for 2016 with MySpace.com saying “Simply put, this Pennsylvania native has ‘it’ --in spades.” TasteOfCountry.com listed her as an artist who makes “indie look good” with “music that sticks to the ribs.” Myle’s soaring set of pipes, captivating stage presence and charisma also landed her on the lineup for Nashville Lifestyle’s 12th Annual Music In The City taking place at Tin Roof (316 Broadway, Nashville, TN 37219) on Jan. 27.

"I’m so grateful for all the support from my fans, friends, family and the music community. My producer and I worked really hard on this project, closing the doors to the world for over a year to focus only on recording the music for this EP, and I really feel like we found my sound and my style in the process. This EP is a true reflection of who I am both as an artist and as a mature and confident woman. I’m so excited to be able to share it with my fans and I think a lot of people will be able to relate to the stories throughout, and I hope they groove along with me too,” said Myles.

Produced by RioVilleMusic, Myles co-wrote all of the songs off her EP Miss Morgan Myles revealing stories from her own personal life including letting go of an old flame that wasn’t the one, reflected in the lyrics on groovy “Whiskey Dreaming.” She follows that up with the self-penned “Queen Of Hearts,” which finishes the story of the ill-fated relationship calling love a ‘dangerous game.’ Launching into the up-tempo, spirited anthem “We Won’t Go Home,” Myles shows off her playful personality and then dives with conviction into “Adeline,” and “Nobody Better Than You,” which MySpace.com highlights as a track that showcases Myles vocal range as one that is “second to none” adding, “Nashville hasn’t seen anything as smoldering as the sensual ‘Nobody Better Than You’ since the days of Hill and Twain.”

Turning heads with her sultry voice and Country-soul sound, Morgan Myles launched onto Nashville’s music scene with lead single “Whiskey Dreaming,” which was featured on iHeartRadio.com, TasteOfCountry.com and CMT, and is included on her EP Miss Morgan Myles. Inspired by big voices of the 90s, the Williamsport, PA native packed up her bags and moved to Nashville, TN nearly a decade ago to pursue her music career. Since then, she has teamed up on projects with the legendary Vance Powell, collaborated with top tunesmiths Richie Brown (Garth Brooks, Jerrod Niemann) and Rebecca Lynn Howard (Martina McBride, Patty Loveless, Trisha Yearwood) and opened for shows for Reba McEntire, Hank Williams Jr., Rick Springfield and more. Making an imprint on Nashville and fans across North America, Myles performed for the Vancouver Winter Olympics and most recently performed with Jim Lauderdale and Leigh Nash for Music City Roots, where she brought the crowd to their feet. Myles is gearing up to perform a run of shows in Nashville, TN including performances at The Basement East (1/12), Nashville Lifestyle’s 12th Annual Music In The City at Tin Roof (1/27), 12th & Porter (2/14) and more. For a full list of tour dates and for additional information, visit www.MorganMylesLive.com.

For details about Myles full-band performance, which kicks off at 6p.m. at the upcoming Nashville Lifestyle’s 12th Annual Music In The City (1/27), visit: http://www.nashvillelifestyles.com/events/music-in-the-city-sixteen.