No.1 Album and Single I’m Comin’ Over earn Young nods as Artist and Producer 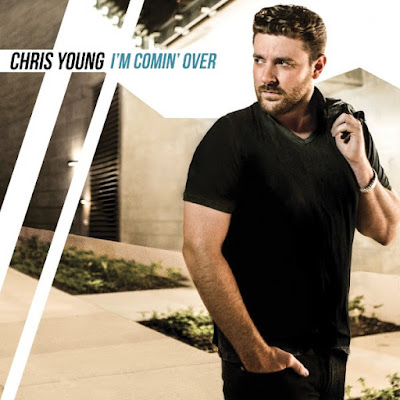 Chris Young, “one of country music’s most reliable hitmakers” (USA Today), didn’t think it could get any better after a stellar weekend that included playing to packed houses in Cleveland, Cincinnati, Nashville and Miami and joining as a celebrity coach for Sunday night’s NHL® All-Star Game. That is until he was awoken a few hours later to a slew of text and voice messages congratulating the “I’m Comin’ Over” singer on an extraordinary four Academy of Country Music Awards nominations - as artist and producer – for his No. 1 Single and Album, I’m Comin’ Over. The 51st Academy of Country Music Awards® will broadcast LIVE from the MGM Grand Arena in Las Vegas, NV on Sunday April 3, 2016 at 8:00 PM – 11:00PM ET/delayed PT on the CBS Television Network.

“It’s all really surreal,” said Chris Young in reaction to his four ACM nominations revealed this morning. “This is the first time that me and my co-producer Corey Crowder got together in the studio. When we wrote ‘I’m Comin’ Over’ with Josh Hoge we thought we had something really special with the song and the whole record -- it’s my first nomination as a producer in any category and as an artist to have your name up there for album of the year and single of the year, it’s pretty dang amazing!”

Hailed by the New York Times as “excellent” and “one more…strong chapter in a steady career full of them,” the praise for Young’s I’m Comin’ Over is especially notable as the ACM nominated vocalist took his first turn as co-producer on this fifth album, alongside Corey Crowder. The three week chart-topping lead single and title track is certified Platinum by the RIAA.

In addition to the accolades, Young is starting the year on a high-note as he kicked off his headlining “I’m Comin’ Over” Tour last weekend with sold-out shows, enlisting his duet partner Cassadee Pope as special guest for fourteen shows through mid-March. Fans can purchase tickets for the 2016 “I’m Comin’ Over” Tour, presented by AEG Live, at ChrisYoungCountry.com and aeglive.com. A limited number of exclusive VIP Packages are available, which can include premium tickets, access to a Chris Young preshow acoustic event, limited-edition merchandise and much more.
Posted by LovinLyrics at 8:06 PM