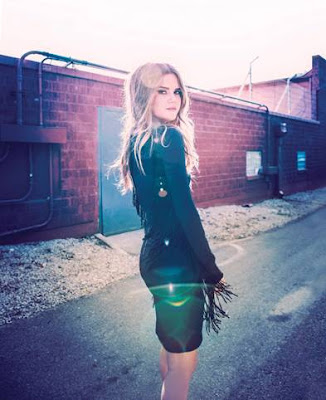 Maren Morris continues to turn heads today with her debut single “My Church” which The Guardian exclaims is “destined to make Morris the genre’s next female superstar” zipping to No. 1 on the Billboard Country Digital Songs and Shazam Country Charts and remains No. 1 on the iTunes Country Songs chart.

Morris’ “My Church” entered the Country music format like a lion when it made Country radio history when it hit the airwaves setting the record for the most first week stations at the single impact date on the Billboard Country Airplay chart and Country Aircheck’s Mediabase Chart with 107 first week Country radio chart reporting stations spinning the song. The previous record for a debut single was 99.

Now after only 9 weeks at Country radio, the single boasts 179,857 digital downloads, over 7.4 million streams and is currently positioned at No. 16 on the Billboard Country Airplay and No. 15 on Country Aircheck’s Mediabase charts. “My Church,” the first single off the Texas singer/songwriter’s forthcoming album due later this year, was co-written and co-produced by Morris along with songwriter and producer Busbee and appeared on Morris’ self-titled EP, Maren Morris, which released in November reaching the top position on the Billboard Heatseekers Albums Chart.

Morris has appeared on multiple 2016 Watch Lists including USA Today (5 Musicians To Watch Out For in 2016), SiriusXM (Artists to Watch in 2016), Huffington Post (#1 on their Country Artist’s to Watch in 2016), Boston Globe (16 Artists To Look Forward to Hearing in 2016) and Billboard, where Morris was featured as one of seven artists across all genres in the January 16 “Predictions Issue.”