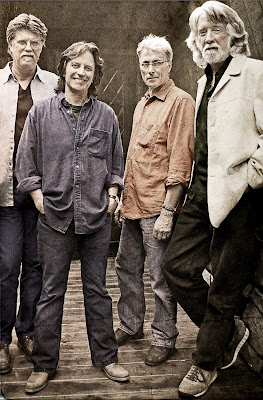 The Nitty Gritty Dirt Band (Jeff Hanna, Jimmie Fadden, Bob Carpenter and John McEuen) will host a star-studded televised PBS special throughout March that was filmed at the historic Ryman Auditorium during a sold-out performance as the iconic group celebrates its 50th anniversary. Click here to find dates and times for when the PBS Pledge Special airs in your hometown.

“We are so humbled and honored to share the stage with these legendary artists who we’re grateful to call friends. And now our fans will have an opportunity to enjoy this historic show thanks to PBS and the Tennessee Department of Tourism,” Jeff Hanna said.

“The influence of the band goes far beyond the enjoyment of listening to its music. There are pivotal projects in the history of music that are capable of changing a direction of a genre and raise awareness of an entire generation. It is not an overstatement to say the “Will The Circle Be Unbroken” album is one of those projects. Having the band launch their 50th anniversary celebration from the Mother Church of Country Music – The Ryman is more than appropriate, it is ordained. We’re fortunate to have them as part of ‘The Soundtrack of America, Made in Tennessee,’” Commissioner Triplett added.

There will be an accompanying CD and DVD that include extra songs and performances as well as concert tickets and meet and greets in select markets available exclusively through PBS member stations.

The Nitty Gritty Dirt Band continue non-stop touring in celebration of their Golden 50th anniversary planned to run through the end of 2017, with many additional dates to be announced. Plans are to be extensive with select shows featuring special guests in select markets as well as many new exciting show elements. This will be a tour not to be missed.

For more information, visit nittygritty.com
Posted by LovinLyrics at 10:45 AM