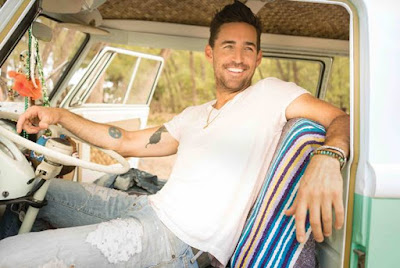 The highly anticipated music video for Jake Owen’s new hit single “American Country Love Song” world premiered on PEOPLE.com. The video, directed by Jeff Venable, chronicles Jake’s “Love Bus” Road Trip from Nashville to Key West. Fans who spontaneously showed up for Jake’s impromptu performances along the route, as well as the many people who followed the hilarious Facebook Live streams he posted throughout the journey, are already responding via social media with their praise for the clip. Check it out: http://smarturl.it/joaclsvideo

"I've gone through a lot the last couple years," Owen tells PEOPLE. "And it was nice to just literally drive 55 miles an hour in the right-hand lane, which was as fast as we could go, not be in a hurry, and along the way see what happens... Stop places, play music, eat some good food and talk to people."

In addition, the video was added into heavy rotation at CMT and “American Country Love Song” is available now at all digital retail partners.