Follow Up to Big Revival Gets A Very Special Duet Featuring P!NK 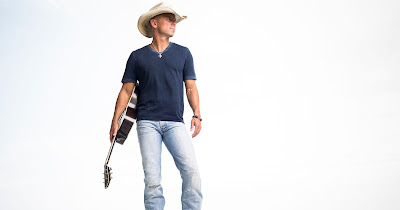 When Kenny Chesney makes an album, he wants to expand the themes he’s already explored. “American Kids” took the joy of youth he celebrated with “Young” – and went even deeper into the realm of what it means to be free-spirited, alive and in the moment. “Wild Child” captured the same awe at what women truly are that made “Anything But Mine” such an enduring No. 1. Even the hard rocking “The Big Revival” embraced a fuller-tilt take on the reggae-tinged “Everybody Wants to Go Heaven” and its hardcore love and live your life ethos.

With its propulsive look at information addiction, 24/7 news cycles and sonic overload “Noise” became Chesney’s most added first week single ever – and as the Chesney/Shane McAnally/Ross Copperman /Jon Nite song approaches the Top 5, Chesney thought about what he wanted Some Town Somewhere to mean. Not just an album about the state of the world, he wanted to get to the state of the heart – and a song that captured the euphoria of those moments when love turns into something more: “Setting The World On Fire.”

“To have a song that is so ‘right in the moment’,” the songwriter/superstar from East Tennessee says, “is a rare thing. ‘Somewhere With You’ had it, too. But that’s a song of wanting, and this, this is a song of being. But the more I listened, the more I knew I needed a woman’s voice, to be in the song with me.”

While spending time in California, Chesney had run into and become friendly with P!NK. The Grammy Award winning singer and powerful vocalist, seemed both an unlikely choice and the perfect candidate. As Chesney explains, “P!NK’s voice holds so many feelings all at the same time: joy, desire, a bit of toughness, a little hurt. She’s an incredible singer – and has this great tone that shines but has a little wear to it, but doesn’t sound beat up. So I called her.”

The resulting duet took the song of lipstick on mirrors, bands on t-shirts and the electric sensation of being completely and wildly enamored to a whole other place. While commitments and album release schedules are for business, for Chesney, the larger issue is always doing right by the songs.

“The thing about P!NK, beyond what a great singer she is, is what a generous spirit she has. To me, great singers are the ones who can get inside a song and capture the spark. When you hear P!NK on this song, you believe her – and to me, that’s everything the song required to come to life.”

Having spent the winter writing, listening to songs and recharging his batteries, the only country act on Billboard’s Top 10 Touring Acts of the Last 25 Years had plenty of time to consider what he wants. Given his groundbreaking series of No. 1 duets with Uncle Kracker, Grace Potter, Dave Matthews, Mac McAnally and the Wailers, Chesney realized this duet was something worth waiting for – moving the album, Some Town Somewhere, to October 28.

“Sure, it would be easier to just leave everything on schedule,” allows the man who headlined Pittsburgh’s Heinz Field Saturday. “But when you have something you know is great, and it captures the best part of being alive, why wouldn’t you slow down enough to make it happen in the moment? That’s what ‘Setting The World On Fire’ is all about – and I figure it may be a while before I make another record, and I don’t want to wait to share this because it’s so good.”
Posted by LovinLyrics at 4:18 PM