TUNE IN ALERT REMINDER - CRAIG CAMPBELL TO MAKE HIS DEBUT ON NBC’S “TODAY” ON TUESDAY, JULY 19 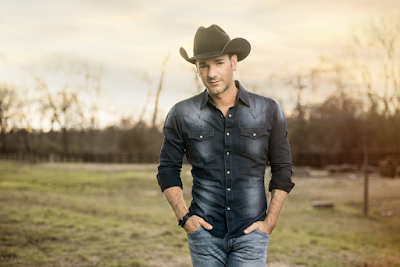 Making its television debut, “Outskirts of Heaven” (written by Campbell with Dave Turnbull) has received rave reviews from the media commending the song for its return to traditional country. Rolling Stone Country describes the single as “a ballad with a sweeping, Nineties-style twang” while Nash Country Daily notes “‘Outskirts of Heaven’ represents real country at its finest and purest, with crying steel guitar and traditional storytelling at the core…If this isn’t a hit, then heaven help us.” And Taste of Country declares, “Songs like Craig Campbell’s ‘Outskirts of Heaven’ refocus a country genre that’s easily distracted.”

Following 2015’s “Tomorrow Tonight,” Campbell has been in the studio with producer Mickey Jack Cones working on his RED BOW Records’ debut album. Having shared the stage with Randy Houser, Alan Jackson, The Band Perry, Jerrod Niemann and Justin Moore, he is currently touring across the U.S. and will be playing major fairs and festivals throughout the summer.
Posted by LovinLyrics at 9:19 AM