THAT’S HOW SHE GOT TO TEXAS: COUNTRYPOLITAN SINGER AND NEW AUSTINITE EMBARKS ON NORTH AMERICAN TOUR WITH HILL COUNTRY IN HER HEART. 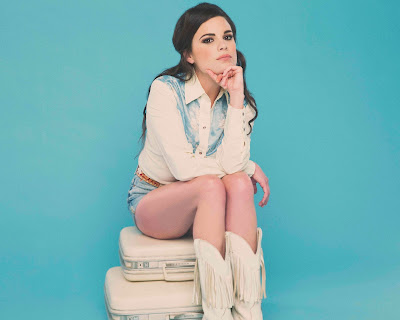 Whitney Rose announces an extensive North American Summer Tour that goes from Texas Hill Country’s legendary Luckenbach Dancehall to the east coast, including, fittingly, multiple appearances at Hill Country Live outposts (Manhattan, Brooklyn and later DC) along the way. The tour also retraces Rose’s own career path, crossing back into Canada with stops in fabled Prince Edward Island, Rose’s actual birthplace, and Toronto, her musical origin. The way home – Austin is now where Rose resides – takes her through Philadelphia, Nashville and Atlanta. Rose will wrap it up in Bertram, TX, at The Globe Theatre, a recently revitalized Hill Country musical landmark.

Rose will bring some of Austin’s most respected country and rockabilly players on the road – you can take the girl out of Texas, but the girl can take the best of Texas with her. Rose just relocated to Austin in January, and has already settled in quickly. In addition to swiftly assembling and finding a groove with a new band, Rose has established a fruitful weekly residency at The Continental Club with an ever-growing following. Trust the experts – Dwight Yoakam and Raul Malo, for example – Rose’s countrypolitan sound, sense of song and enthralling stage presence make her worthy of considerable praise she’s received thus far. "Whitney Rose writes the kind of country music that will one day firmly place her as one of the greats of the genre" says Malo.

Other recent developments have included securing a booking agent in Davis McLarty and fielding invitations to play iconic Texas dance halls and honky tonks. Above all, Rose has found respect from musical peers she had only dreamed of meeting. New songs have been bloomin’ like bluebonnets, and an exciting project featuring some of Austin’s finest country players is now underway.

“Anyone who knows me knows that I move around a lot- I just don't feel like myself when I'm stationary for too long. I decided to try my luck stateside. The only question was should I move to Nashville or Austin - I had this feeling that I could really LOVE Austin, so I took my chances, despite never even having visited before. Luckily, I was right. Fast forward a few months and I'm in the studio with Merle Haggard’s guitar player, Johnny Cash’s piano player and Willie Nelson’s bass player...I'm still processing that one. Not to mention my new band, who have helped me to build up a great Thursday residency at the Continental Club, which has become my Austin home base.”

From a small island to a big city, and from a big city to a new country, Rose has had a restless few years. Her first show was only in 2011. Her first record deal was 2012. A gig with The Mavericks put her in the studio with Raul Malo, and resulted in her first New York Times-reviewed album (and worldwide debut), Heartbreaker of the Year, in 2015.

Heartbreaker of the Year put Rose on the map, with three months on the Americana radio chart and astounding reviews and features in Rolling Stone, American Songwriter and more. Rose has toured extensively in the US, including several shows with The Mavericks and fellow country crooner Sam Outlaw.

In 2016, Rose agreed to terms on a new recording contract with indie label Six Shooter Records, giving her the ability to make quality music surrounded by a very solid support system for years to come. Six Shooter’s partnerships with Universal Music in Canada and Thirty Tigers worldwide position Rose to break major ground in the years to come.

American Songwriter said it best when it wrote, “The most exciting part is where she goes next.” Rest assured there will be a Hill Country connection.