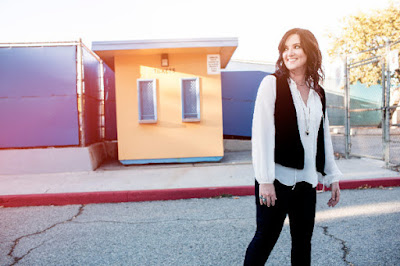 It’s a long way from her hometown of Morton, Wash., but then again Brandy Clark is “far from your average country star” (The Guardian), and with an entire new album, Big Day in a Small Town, to play live, Clark will return to the U.K. next month for a series of acoustic shows.

“We played London and Dublin as part of C2C in 2015 and while we were over there we also got to do a show in Glasgow. I wasn’t sure what to expect since I had not played there before but I was blown away by the response from the fans,” reflects Clark. “I’ve been waiting to go back ever since!"

“Clark’s music speaks to a vast audience who weren’t hearing themselves in country,” adds The Guardian’s Laura Snapes. “She writes songs for the workers who keep America spinning, the overburdened mothers putting themselves last, the women in middle age struggling to reconcile their faith with their need for relief, be it romantic or chemical.”

Touting her as “the forthright new star of country music,” The Telegraph’s Martin Chilton echoes, “her ability to connect with ordinary people is a real strength of her writing.”

Having recently been on the road with Jennifer Nettles on the CMT Next Women of Country Tour, the singer/songwriter has also toured with Eric Church and Alan Jackson during the last two years in addition to solo shows. For upcoming tour dates, visit http://www.brandyclarkmusic.com.
Posted by LovinLyrics at 10:15 AM