RONNIE DUNN IS BACK IN THE GAME WITH NEW SINGLE, "DAMN DRUNK"; VIDEO NOW ON VEVO

Radio, y'all better get on track with this single and add it to your rotations. It's Ronnie freakin' Dunn AND Kix Freakin' Brooks, now that's country and if you call yourself a country station, it should be on your playlists and it's not, please remove the word "country" from your station. - Mmmmkay? Thanks! 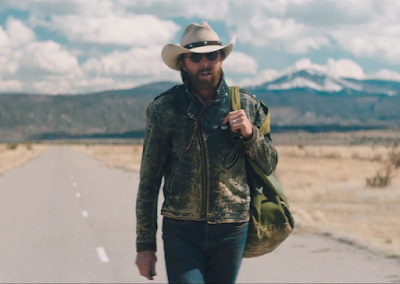 Now with that being said ...

Ronnie Dunn has a new single out called "Damn Drunk" and for once in a long time, there's actually a song being released that you don't have to get damn drunk to endure. Personally, I don't mind some of the pop influenced stuff as country's been influenced by many genres all the way back to the beginning and because I love music from most genres, but over the past few years, it seems to have become the norm and an oversaturation, so it's nice to have a song in the mix from someone that is the epitome of 90's country, that can sing his "cowboy" ass off, carry more than a tune in a bucket, tells a relatable story and it's from an artist who undeniably cares about the music. That someone is Ronnie Dunn. Then to throw Kix into the rodeo kicks up the dust even more! The sellout shows at their residency in Vegas prove that fans still want to be part of the party and with this release, everyone's invited! The song is great, it's Ronnie, come on. The video even has horses, mountains, a truck and a cowgirl in it! I may have typed that with a little excitement! I can smell the country!

Check out the video, request the song on your local stations until you "Bleed Red" and "Believe" that they'll do the right thing and play it. I can't tell you how excited I am about this song and to see Ronnie back in the saddle with a song that should go over very well with country listeners. Go download your copy on #iTunes and be sure to leave a review! Welcome back Ronnie!