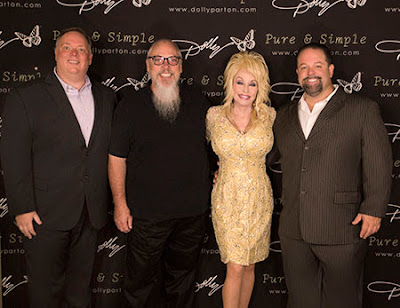 “The New Traditions/Country Heroes is a playlist where legacy artists making current music can be heard anytime on demand,” said John Marks, Global Head of Country Music. “I have nothing but admiration and respect for all of the artists represented in this list and Spotify is proud to provide this platform to those who are still out there on the road and making great music."

"I'm so excited to be a part of the launch of the New Traditions/Country Heroes playlist on Spotify. It’s really important to keep up with the times and I’m thrilled to bring the fans these Pure & Simple songs. They come from the heart and I sure hope everyone enjoys them," said Dolly Parton.

Additionally, the playlist will feature liners from the iconic country music star saluting the premiere of the playlist and release of her album. With over 4 hours of hand-picked tracks, New Traditions/Country Heroes is a nod to all of the iconic country music artists who are still making music that the fans want to hear. The launch of this playlist will include the likes of T.G. Sheppard, John Conlee, Lorrie Morgan, T. Graham Brown, Johnny Lee, Kenny Rogers, The Oak Ridge Boys, Charlie Daniels, Hank Williams Jr., Gene Watson, The Bellamy Brothers among so many others.