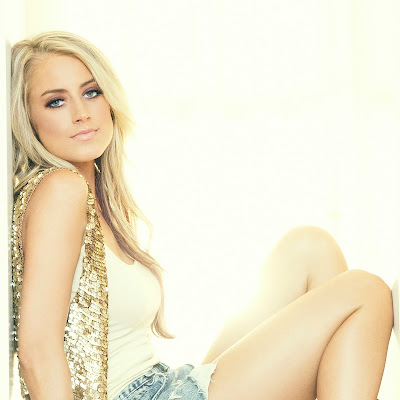 Championed by Billboard as a “fiery country star-in-the-making,” Brooke Eden is kicking off the Labor Day weekend with her new single “Diamonds,”available everywhere today, (9/2).

Already lauded a “Song of the Week” by Whiskey Riff and landing a spot on Spotify’s sought-after“New Boots” playlist, the infectious power anthem exudes youthful confidence paired with a feel-good swagger, while telling a story directly from Eden’s high school years:

“I grew up in a small town. On the weekends we couldn’t necessarily have house parties because they would get shut down even before it started because of noise complaints. Instead, we would drive out to the woods and hang out using the headlights from our cars as lights. All the girls would get real dressed up and we’d listen to music and dance around in the headlights ‘shining like diamonds,’” says Eden, who co-penned the song.

This Labor Day, “Diamonds” will be prominently featured in TLC new hit series Tyler Perry’s “Too Close To Home.” Fans may also recognize Eden’s vocal stylings earlier in the broadcast – the pintsize dynamo was hand-selected by Perry to perform the show’s theme song for TLC’s first-ever scripted series.

On the road, Eden’s reputation as a commanding live performer continues to grow:

Newsday proclaims Eden “won the crowd over” as the only mainstream Country performer at the recent Billboard Hot 100 Fest 2016, holding her own amid the likes of superstars Ariana Grande, Calvin Harris, Fetty Wap, J. Cole and more.

Billboard declared Eden’s set to be one of the “most memorable” of the two-day festival.

For a full list of upcoming Brooke Eden tour dates, visit: www.brookeeden.com
Posted by LovinLyrics at 11:15 AM