It Must Be Christmas set to release October 14
Limited edition gift packages available to order now at ChrisYoungCountry.com 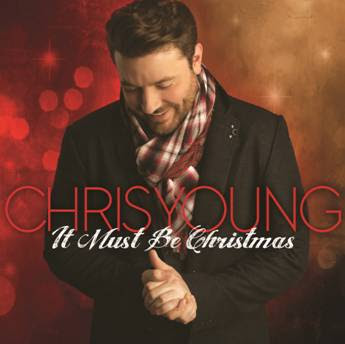 Christmas will arrive early this year for CMA Musical Event of the Year nominee Chris Young! The RCA Records Nashville artist will release his first-ever Christmas album on October 14 — It Must Be Christmas — to celebrate the holiday season.

“This is something I’ve wanted to do for a really long time,” said Young. “Christmas is one of my favorite times of year and it was hard to narrow down the list of songs for this record. I’m excited to share my own versions of many of the standards I sang as a kid every year at Christmas, plus I had the opportunity to write a couple of original songs to celebrate the season.”

A special limited autographed copy of Chris Young’s It Must Be Christmas can be pre-ordered at Amazon ahead of the October 14 release. In addition, limited edition gift packages are available for order at ChrisYoungCountry.com. Bundles include everything from a Christmas ornament, It Must Be Christmas long-sleeve t-shirt, a fleece lined winter blanket and more!

It Must Be Christmas marks the hit-maker’s sixth album in a career that has spawned eight No. 1 songs and fifteen Gold/Platinum certifications. Young and Corey Crowder, who first teamed up to produce Young’s Gold certified album I’m Comin’ Over, also joined forces to produce It Must Be Christmas. Later this month Young will embark on the second leg of his headlining “I’m Comin’ Over Tour.” Special guests joining Young in concert in September and October are Dan + Shay, with Dustin Lynch coming on board in November and December. Fellow CMA Musical Event of the Year nominee and “Think Of You” duet partner Cassadee Pope will return for all dates after providing direct support during the first leg of the tour. Tickets can be purchased at aeglive.com and ChrisYoungCountry.com.
Posted by LovinLyrics at 10:52 AM