JUSTIN MOORE TOASTS TO ANOTHER NUMBER ONE

Serves Up Next Single "Somebody Else Will" 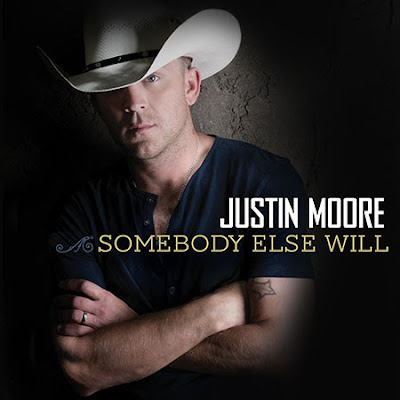 Justin Moore has returned to the top of the both the Mediabase and Billboard Country charts today with his sixth #1 hit “You Look Like I Need a Drink.” The lead single from his #1 album, KINDA DON’T CARE, summited to the top spot in both the US and Canada as Sounds Like Nashville calls it “one of the most entertaining songs on the airwaves in 2016.”

“Thank you to Country radio for always supporting this Arkansas boy,” said Moore. “Seven years ago this week I had my first #1 with ‘Small Town USA.’ It is crazy to see where we have come since then and I am pumped to see what is ahead.”

Moore’s next single, “Somebody Else Will,” ships to radio on September 28 and goes for adds on October 17. He debuted it last month during his iHeart Country LIVE concert in New York City. Watch here. Said Rolling Stone Country of the track, “’Somebody Else Will’ is right in step with current radio trends. It's unusual for the guy who once declared "I Could Kick Your Ass," but when he opens his mouth to sing the first line about "workin' up the nerve to say," there's no one else it could be....” Vevo also previewed an advance video for the song on their platform which can be seen here - vevo.ly/asjFIK.

It was just announced last week that Moore will be hitting the road in January for his third headlining trek – AMERICAN MADE TOUR. Sharing top billing with Lee Brice, Brett Young and William Michael Morgan will provide direct support on the 25 select tour dates. He is currently on the road for Brantley Gilbert’s TAKE IT OUTSIDE TOUR. For more information, visit JustinMooreMusic.com.
Posted by LovinLyrics at 12:38 PM