Follow-Up Single “For Her” Already Ascending The Country Radio Charts 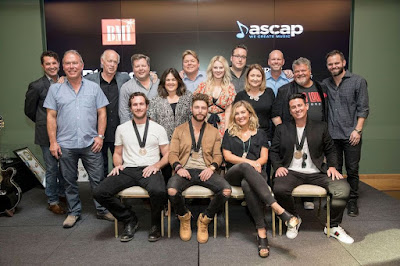 Big Loud Records’ breakout star Chris Lane celebrated his first #1 at Country radio with his debut GOLD-certified smash “Fix” at a formal gathering in Nashville hosted by BMI and ASCAP yesterday (10/10). Family, friends, and members of the music industry community gathered to commemorate the milestone and cheer on the songwriters - Sarah Buxton, Jesse Frasure, and Abe Stoklasa - as the publishers (Big Loud Shirt, Big Yellow Dog, Major Bob Music and Round Hill) honored each writer.

The day was extra special for all three songwriters since it marked the first career #1 for Stoklasa as well as the second #1 Buxton and Frasure shared together since they co-wrote Florida Georgia Line’s “Sun Daze.”

Adding to the larger than life celebration, Big Loud Records’ continues to prove it’s big-league with their first-ever single going straight to the top – an unheard-of start for a new label. 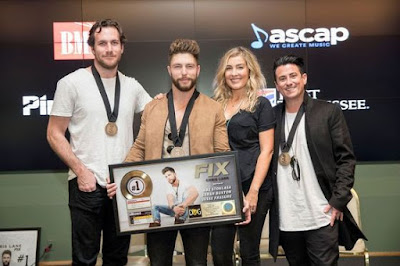 Lane has won shout-outs from massive industry names like Bryan Cranston (Breaking Bad), Selena Gomez, Florida Georgia Line, Lucy Hale, Daughtry, and more, after starting his career selling out club shows in his hometown of Kernersville, NC, before going on to open for Dustin Lynch’s sold-out HELL OF A NIGHT Tour and spending his summer on the RHYTHM & ROOTS Tour. The “For Her” video, featuring a romantic, real-life wedding proposal, was released September 17 with an exclusive CMT world premiere.

GIRL PROBLEMS is available for digital download here: http://smarturl.it/CL_GirlProblems
Posted by LovinLyrics at 8:45 AM