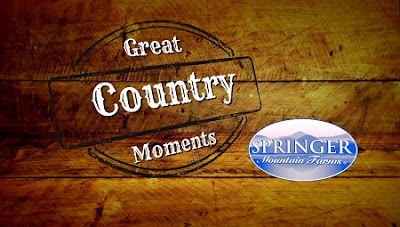 Through the one-of-a-kind story segments, the featured country stars will take viewers through some of the best times of their career and reveal emotional, exciting, and memorable moments that fans have never heard first-hand. Along with the videos will be trivia questions that viewers can answer to enter a contest to win a variety of prizes. A grand prize of a free FREEZER FULL OF CHICKEN will be given away to one lucky winner who participates in the trivia contest.

The “Great Country Moments” series features a new video being released each week. The recipe segments will reveal the artist’s favorite homemade recipes using Springer Mountain Farms® chicken, along with a written recipe that will be available to viewers. Some of the stars featured in the series include Johnny Lee, The Oak Ridge Boys, Tanya Tucker, Ronnie McDowell, Jeannie Seely, Deborah Allen, Jimmy Fortune and many more.