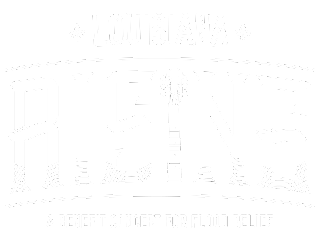 Viewers will enjoy a star-studded lineup as the Louisiana Rising: A Benefit Concert for Flood Relief highlight show airs on AXS TV Tuesday, October 25th at 11pm Eastern/8pm Pacific. This one-hour edited special, produced by Tupelo-Honey Raycom, will highlight many of the great moments and performances of the live broadcast. Terrific music, a thank you to all of those who supported the flood relief efforts in Louisiana, and an opportunity to assist the American Red Cross with their continuing efforts by making a donation are all part of this one-hour concert.

“We were excited about the live show and appreciated all the artists and sponsors who gave their time and talent to assist with the flood relief efforts of the American Red Cross in Louisiana,” stated Pat LaPlatney, President and CEO of Raycom Media. “We are grateful for the outpouring of support and donations by those who viewed the live concert.  The work of the American Red Cross is critical in responding to disasters like the historic floods in Louisiana. We appreciate the generous offer of Mark Cuban and the team at AXS TV to air the edited special and highlight this important work."

"When the flooding happened in Louisiana, so many people jumped to answer the call to give their time and effort to help," said Mark Cuban, CEO of AXS TV. "This concert is all for them—the Red Cross, the volunteers, and the great people of Louisiana. This truly is a memorable concert event​, and AXS TV is proud to be a part of it."

One of the thrilling moments featured in the one-hour special is the rousing conclusion as Harry Connick Jr. took to the piano with all artists on stage singing “You Are My Sunshine,” which is one of Louisiana’s state songs made popular by former Louisiana Governor Jimmie Davis.

To learn more about the work of the American Red Cross and how you can help, go to www.redcross.org.  Donors can choose where they would like their donation utilized.
Posted by LovinLyrics at 11:36 AM