The band of songwriters reflects on their musical influences as nostalgic third single,
“Song For Another Time,” nears Top 10 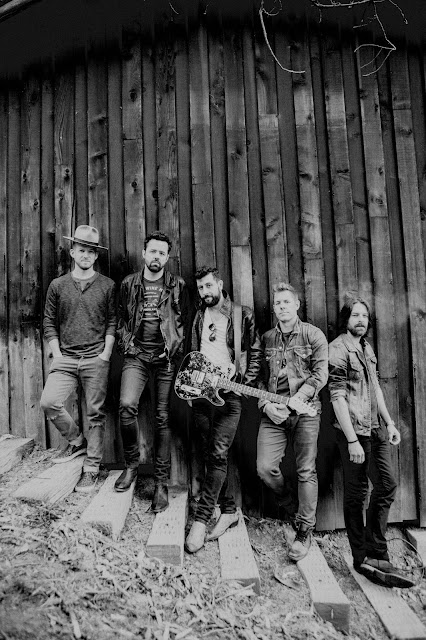 "Being nominated for an American Music Award somehow makes it seem like there are more people that know about us than we think," said Old Dominion's lead singer, Matthew Ramsey. "The groups we are nominated alongside are huge acts with a lot of fans outside of the country market. To be named in the same sentence as them really shines a light on the growth we've seen over the past year. We are beyond proud!"

Their third single at Country radio, “Song For Another Time,” which People calls, “their most charming, and certainly their most unique [single], yet,” is the follow up to the Platinum chart-topper “Break Up With Him” and their catchy singalong, “Snapback.” The song focuses on a couple who knows their relationship is coming to an end, but wants to celebrate one last good moment with one another – strung together by song titles that span the genres. “Song For Another Time,” a single Billboard suggests “may have emerged at the perfect moment” is nearing the Top 10 with no signs of slowing down.

In celebration of the song’s success, Old Dominion invited Rolling Stone cameras to the Country Music Hall of Fame and Museum to tour the artists who influenced not only “Song For Another Time,” but all five members of Old Dominion individually and collectively; watch here: http://rol.st/2e0Ak6Z

For more information on Old Dominion and for a full list of tour dates, visit www.olddominionband.com.
Posted by LovinLyrics at 1:53 PM