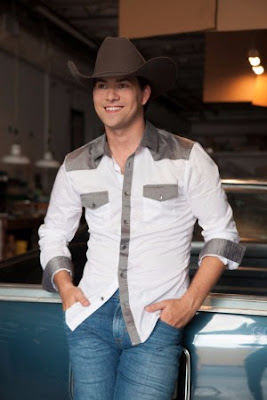 Morgan recently earned his first No.1 for debut single, “I Met A Girl,” from his recently released Top 5 Billboard Country Albums LP, Vinyl. The breakout star receives high marks with Rolling Stone praising the album for “leading a traditional revival” and Saving Country Music notes that Morgan is the “traditionalist that mainstream needs…his touch can turn something to country gold.” NPR applauds Morgan for standing on “solidly traditional footing” while Taste of Country hears “a young George Strait in its straightforward earnestness.” Produced by award-winning Scott Hendricks and Jimmy Ritchey, Vinyl also features his next single, “Missing.”

Morgan has come a long way since his days of playing the legendary “Louisiana Hayride” once a month and other various local bookings secured by his parents. The 23-year-old Vicksburg, MS native continues to hit the road throughout the fall, and will kick off 2017 by joining country music stars Lee Brice and Justin Moore on the “American Made” Tour. Morgan will start the trek January 12 in Indianapolis, IN and continue through March, playing 20 cities across the country.

Posted by LovinLyrics at 3:07 PM