Donations to the fund continue as totals climb to $9.3 million 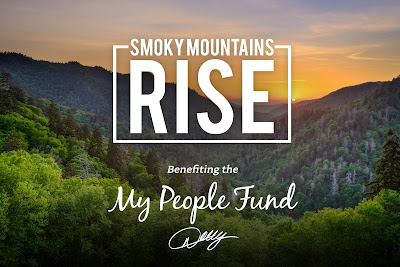 In a little more than two weeks after the wildfires that spread across Dolly Parton’s home area of Sevier County, Tennessee, Parton and the Dollywood Foundation launched the distribution of assistance from the My People Fund. During the four day cash distribution, 884 families received their initial support payments.

“It’s a blessing during this holiday season that we are able to help as many families as we have so far,” Parton said. “We know there are more families out there who need our help and we encourage them to be in contact with us before our January distribution.”

The Dollywood Foundation My People Fund provides $1,000 each month to Sevier County families whose homes are uninhabitable or were completely destroyed in the recent Smoky Mountain wildfires. Any family who lost their primary residence (renters and homeowners) due to the wildfires in Sevier County will be eligible. A pre-application for those affected is available at dollywoodfoundation.org.

Millions of people watched Smoky Mountains Rise: A Benefit for the My People Fund telethon on Tuesday, December 13 on Great American Country, AXS-TV, RFD-TV and The Heartland Network and during several rebroadcasts throughout the last week. As a result, donations continued to roll in and thanks to generous people from coast to coast and Parton’s friends, the total amount raised has climbed to $9.3 million.

“As, Dolly said, the response has been overwhelming,” David Dotson, Dollywood Foundation President said. “We will distribute all $9.3 million to the families affected. That will insure all of the money raised will go to where Dolly promised it would go.”

The next distribution is January 26 and 27, 2017 at the LeConte Events Center in Pigeon Forge, Tennessee.
Posted by LovinLyrics at 9:22 AM